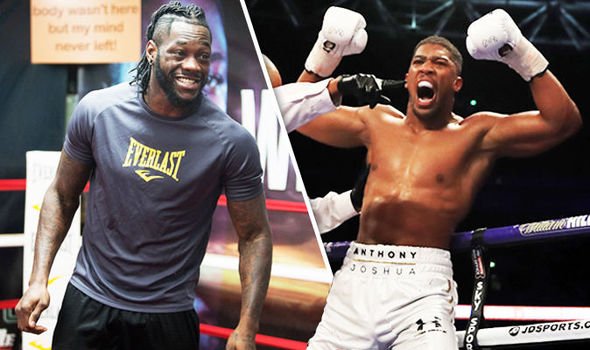 WBC heavyweight champion Deontay Wilder has agreed to terms to fight IBF, IBO, WBA, and WBO champion Anthony Joshua in a highly anticipated and exceedingly rare heavyweight unification bout, to be held in the United Kingdom, according to a report from ESPN’s Dan Rafael:

“We have agreed to the terms that [Joshua promoter Eddie Hearn] has put out to us for a fight in the U.K. Deontay has accepted his terms to fight in the U.K.,” [Wilder co-manager Shelly Finkel] said. “Deontay sent an email to Joshua [Sunday] night, and I sent one [Monday] to Barry Hearn and Eddie telling them that we officially accept the offer to fight under the terms they gave us and to send us the contract.” 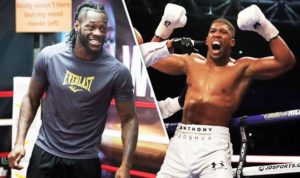 Wilder’s manager Shelley Finkel separately indicated to World Boxing News on Monday night that October is an option as well as September, which would go some way to quell one of Hearn’s concerns about a September date clashing with Canelo Alvarez’s return from a drugs suspension.

🚨BREAKING NEWS🚨 for all you @anthonyfjoshua fans… The $50M offer for him to fight me next in the US is still available. Today I even agreed to their offer to fight Joshua next in the UK. If he prefers the fight in the UK, the ball is in their court. It’s up to them to choose. pic.twitter.com/03PE8sk5x0

Finkel claimed Wilder had agreed to a rematch clause.