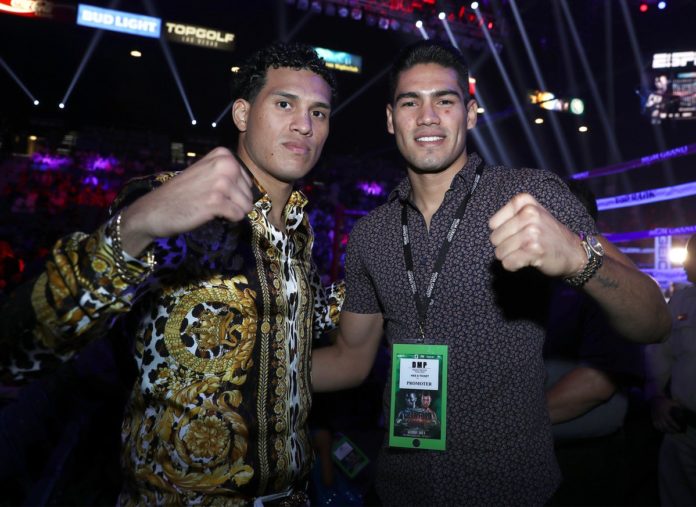 Super middleweight titleholder David Benavidez appears to have thought better of signing with Top Rank as the fighter returned a $250,000 signing bonus to the company yesterday after reaching a deal with Top Rank just two weeks ago. With the move, Benavidez (20-0, 17 KOs) will continue to fight under the banner of Sampson Lewkowicz and Al Haymon’s Premier Boxing Champions. 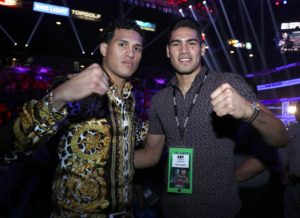 However, now that ESPN has launched a streaming service, Top Rank has been given a surge in dates. With more dates to fill, you need more in-house talent. Benavidez added another body, also an up and coming young talent.

Bob Arum stated to ESPN that:

“At this stage, particularly carrying the ESPN banner with our deal, we are not going resort to litigation when we don’t have to,” Arum said. “We’re not going to bully a kid. He said he made a mistake when he signed with us. You let him go. We don’t need an unhappy kid. David, from what I know, is a lovely kid. He’s a little confused but a lovely kid. He’s not a wise guy. He’s a nice young man who said he made a mistake. OK. We’re not going to hold anything against him. He decided to stay with Sampson and I don’t need the hassle. I don’t hold anything against the kid.”

Top Rank has WBO super middleweight titlist Gilberto Ramirez, think of the build-up that could have been. Ultimately no one knows why Benavidez changed his mind, hopefully, we can still get the two young warriors matched up against one another.