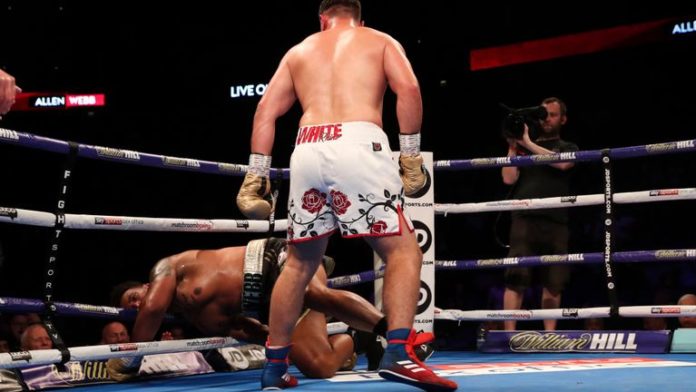 High-level journeyman Dave Allen (13-4-2, 10 KOs) smashed the previously unbeaten 30-year-old Nick Webb (12-1, 10 KOs) in stopping him in the 4th round in a British heavyweight title eliminator on Saturday night at the O2 Arena in London, England.

‘The White Rhino’ Allen, back in the ring just a month after being stopped by Tony Yoka in Paris, had threatened to take a hiatus from boxing if he lost again – but emphatically returned to the win column in the fourth round. 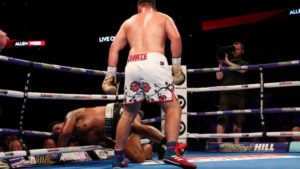 Allen sent his previously unbeaten foe flying backward at the fight’s conclusion after landing a flush punch – Webb could not get up, and was rescued by his corner-men and the referee.

“It was one of the most dramatic fights I’ve seen at the O2,” Matchroom promoter Eddie Hearn said to IFL TV said about the Allen vs. Webb fight.

The victory for Allen makes him the mandatory to British heavyweight champion Hughie Fury. Whether Allen gets the fight with the 23-year-old Hughie is unclear. Hughie has a chance to fight Kubrat Pulev in an International Boxing Federation heavyweight title eliminator if he wishes.