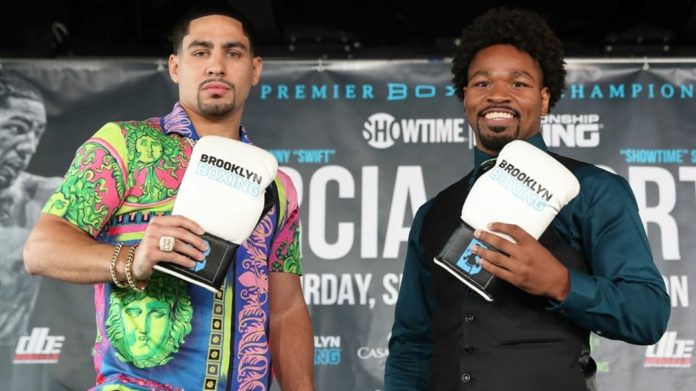 Garcia (34-1, 20 KOs) has fought and defeated many of the most formidable opponents at 140 and 147-pounds spanning two generations-Erik Morales, Zab Judah, Kendall Holt, Amir Khan, Lucas Matthysse, Paulie Malignaggi and Lamont Peterson among them. Five of his six opponents in the welterweight division were world champions and 11 of his last 15 opponents were world champions or former world champions. 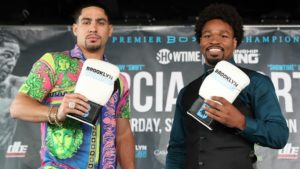 Porter (28-2-1, 17 KOs) owns victories over four-division champion Adrien Broner and two-division champion Paulie Malignaggi over a career that has seen him develop a reputation as one of the sport’s most reliable all-action attractions. He lost a narrow decision to unified welterweight champion Keith Thurman in a 2016 Fight of the Year candidate in Brooklyn but rebounded with two victories last year at Barclays Center. He scored a TKO victory against former welterweight champion Andre Berto in a welterweight title eliminator and followed it up with a 12-round decision over Adrian Granados.