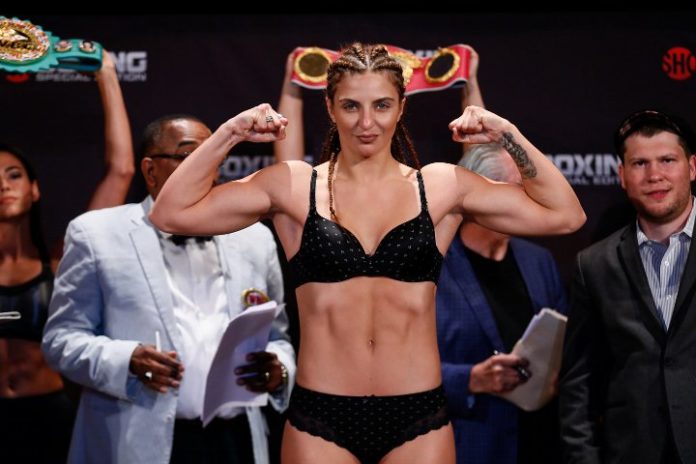 From the Masonic Temple in Detroit, Michigan WBC and WBO middleweight titlist Christina Hammer put her titles on the line against Tori Nelson. It was Hammer’s highly anticipated USA debut and she didn’t disappoint.

Hammer started out with a stiff jab while putting her punches together. She was poised from the opening bell, being precise with her punches. She was showing her superior boxing skills as Nelson seemed to be outmatched from the very beginning. 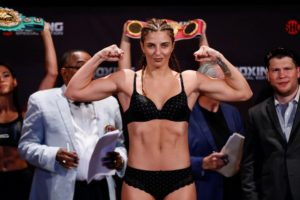 Nelson was trying to catch Hammer as she threw her punches with very little success, landing one punch at a time sporadically. Hammer just kept her combination punches going and began to back Nelson up by the fourth round.

The champion kept the action in the middle of the ring using her movement as Nelson began to look as if she had no answers at all. By the midway point, Hammer seemed to be in complete control, giving Nelson a boxing lesson. She started everything behind her jab, showing Nelson who the boss in the ring was.

Nelson to her credit kept coming and trying to land her punches but just couldn’t find her range. While Nelson landed one punch at a time, Hammer would land four or five punches of her own. Hammer just made it look easy all night.

At the end of the bout it was Christina Hammer (23-0,10KO’s) winning a unanimous decision (100-90, 99-91×2)over Nelson (17-2-3,2KO’s), in what was a dominant performance. If there was a knock on Hammer its that she could of probably been more aggressive but showed tremendous boxing skills.