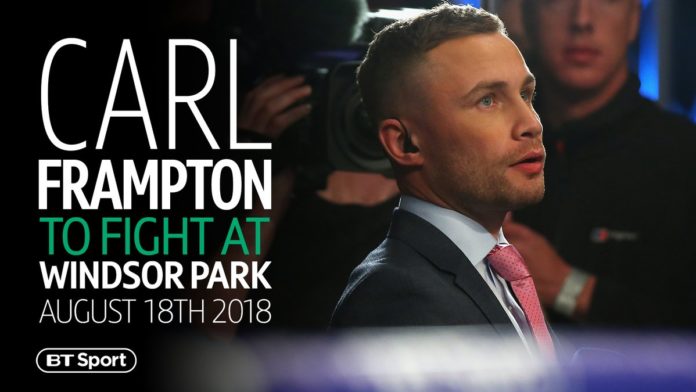 It has become official Carl Frampton will be returning to the ring on August 18th at Windsor Park in Belfast. Frampton, the WBO “interim” Featherweight Champion, will have his stadium fight in front of his home crown. 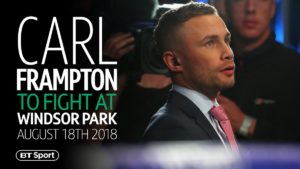 He will be facing Luke Jackson who’s ranked number five by the WBO and undefeated. Jackson was last in the ring in April defeating Surachet Tongmala by second-round knockout. Frampton also last fought in April defeating Nonito Donaire by unanimous decision. With the announcement will come some disappointment, as fans want to see a showdown with IBF featherweight titlist Josh Warrington.

Also expected to be announced for the card will be the former heavyweight champion, Tyson Fury. An official announcement has yet to be made but the date has been confirmed. No word on who Fury will face but I wouldn’t expect anything major, as he still trying to shed some ring rust.

Boxing: Paddy Barnes is relishing his challenge for the WBC World Flyweight Title on August 18th