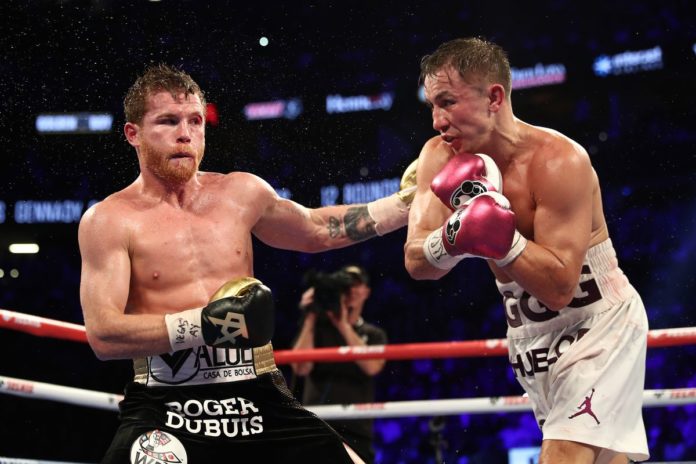 The most anticipating fight of the year took place on September 15 between middleweight kingpin Gennady Golovkin and Mexican superstar Saul ‘Canelo’ Alvarez. In an exciting fight that went full twelve round, Canelo knicked a close majority decision victory and established himself as the legitimate face of the middleweight division.

Just like all mega fights, this fight also managed to generate a lot of media attention and also did successful pay-per-view numbers.

Industry sources estimate that last Saturday’s rematch between Saul Canelo Alvarez and Gennady Golovkin brought in between 1 million to 1.1 million pay-per-view buys on HBO on Linear TV, according to Lance Pugmire of the LA Times. Whereas, Kevin Iole of Yahoo Sports said that the PPV was in the range of 1 Million to 1.15 Million buys. It also sold 40,000 digital PPV and according to industry experts, it was a rock-solid number.

Still no official @Canelo @GGGBoxing PPV number. I am hearing 1mm to perhaps as much as 1.15 mm. Pretty good sales in any event, but a bit lower than first fight. #CaneloGGG2

My strongest PPV industry source places the @Canelo @GGGBoxing as the third bout in excess of 1 million since @FloydMayweather @mannypacquiao in ‘15 at right near 1.1 million buys…@GoldenBoyBoxing declines to reveal a number.

The PPV was priced at $84.99 which is $20 more than UFC PPV buys, but despite being so costly, it managed to break a million buys and will be considered a successful PPV event.

However, when compared to PPV numbers of their last fight, it looks poor as the first fight sold 1.4 Million PPV buys, but the priced at $79.99. The fight also managed to sell tickets worth $27 Million, making it the third highest boxing gate of all time.

Although the gate revenue from the rematch hasn’t been released yet, it’s expected that it will exceed well over the gate generated by the first fight.

Boxing: Canelo Alvarez to potentially return to the ring on Dec.15

Boxing: Boxer does funny ‘FORTNITE’ dance after knocking out his opponent...

Read which Indian boxer has been seeded 1st in Asian Olympic...