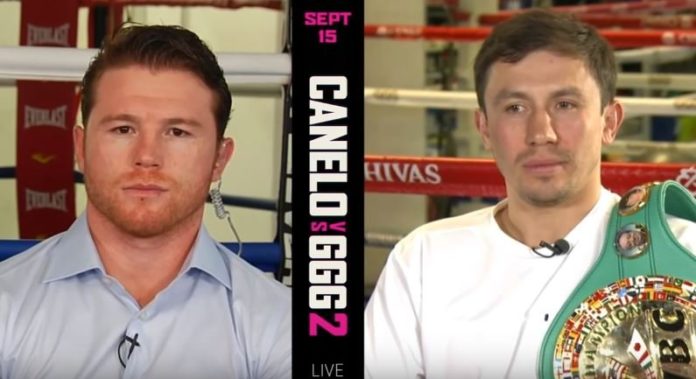 Both Canelo Alvarez and Gennady Golovkin spoke to one another via satellite link this week on social media after it was agreed the two would not meet in person until fight week due to their passionate mutual dislike of each other. 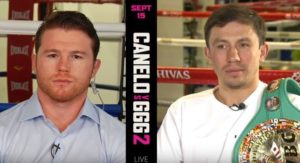 Instead, a press conference was broadcast over Facebook this week where both teams sat down and spoke on a number of subjects. One of the more contentious moments was when Canelo was asked what he thought about Golovkin’s keep busy fight last May against Vanes Martirosyan. A bout he won comfortably inside the distance.

Canelo had a less than complimentary response, saying it wasn’t even a fight:

Golovkin took the fight due to the scheduled rematch with Canelo getting put back to this September after the Mexican boxing star failed a drugs test.

The issue of the failed drugs test came up at one point during the satellite conference, to which Canelo responded saying that there is no need to talk about it now as the fight is on and will be a better fight than it would have been last May.

The rematch is scheduled for September 15th at the T-Mobile Arena in Las Vegas.