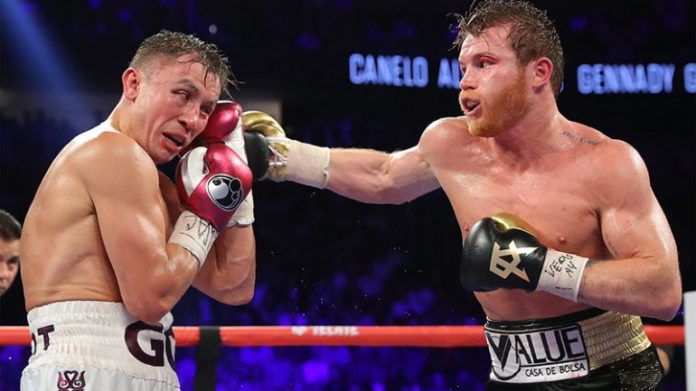 Canelo Alvarez is coming off of the biggest win of his boxing career against the feared middleweight kingpin Gennady Golovkin who he beat via majority decision last week in Las Vegas, Nevada. It was undoubtedly the biggest fight of the year.

Canelo Alvarez changed his strategy from the first fight, staying away from the ropes and remaining in the middle of the ring with Golovkin. Alvarez’s counterpunching and bodywork impressed the judges more than Golovkin’s relentless, punishing jab. 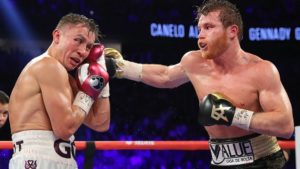 However, ESPN reports that Canelo Alvarez will be back in the ring on December 15 in Las Vegas or New York. According to Canelo’s promoter Oscar De La Hoya, David Lemieux, and Jermall Charlo are the front-runners as the potential opponent for December 15.

“We will get on a call and discuss it with Team Canelo and decide if he will fight on Dec. 15. That’s the date he would fight, but we don’t know the opponent yet,” De La Hoya said.

“There are plenty of choices,” De La Hoya said. “Once I get the green light [from Alvarez on Thursday] when we talk to him I will get moving. We’re going to talk to our partners at AEG and the MGM [who jointly own T-Mobile Arena] and explore other possibilities like New York and The Garden. You have to fight at The Garden sometime in your career. It’s where all the greats have fought.”

It’s also worth noting that Canelo’s contract with HBO has expired and Oscar is also looking for potential networks to take his superstar fighter too.

“I strongly feel HBO is going to be more committed [to boxing] than ever. Now with AT&T and the merger, we had AT&T people at the fight for a reason. Never count out the 800-pound gorilla,” De La Hoya said. “Maybe they’ve been on hiatus for a bit, but it’s understandable. They’ve been going through this merger and there are changes. So it’s understandable. We’ve been patient. We’ve had other outlets to turn to where we can stay above water and keep our fighters active like with our fights on Facebook and ESPN. So we’re managing. HBO is our family and they’re always going to have first and last, and they’ve always been good to us.”

With an impressive win over Gennady Golovkin, the stock of Canelo Alvarez as the biggest draw in boxing since Floyd Mayweather has only increased and without a doubt, he is the biggest star in world boxing.