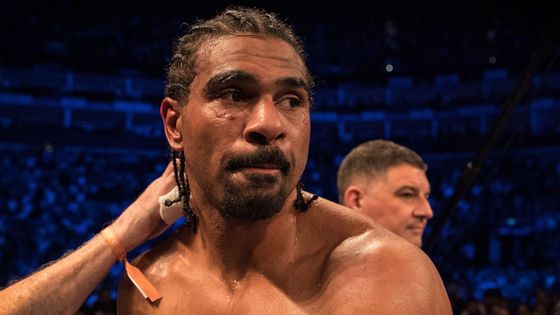 David Haye has retired from Boxing. The decision brings to an end his 16-year career in the ring that has seen him win 29 of his 32 fights.

It is not the first time the Londoner has announced his retirement, having previously done so in 2011 shortly after losing to Wladimir Klitschko, when he was attempting to unify the heavyweight division. Haye’s latest decision to step away from the sport comes after two successive defeats to fellow Brit Tony Bellew. 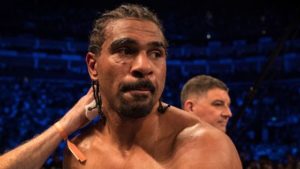 The Londoner was comprehensively beaten at the O2 Arena on the back of a brutal barrage from Bellew in the fifth round of their rematch in March. That came 14 months after Bellew had won their first meeting with an 11th round stoppage.

A statement from Haye read: “Today I announce my retirement from professional boxing. They say you can’t play boxing. Yet, as I write this retirement statement, and reflect on my time in the sport, I can’t find a better way to describe the ride.

“Thanks to boxing, I have been able to live my unencumbered childhood dream; a dream my dad, Deron, facilitated the moment he took me to Fitzroy Lodge amateur boxing club as a nervous 10-year-old.

“From the very start, my parents encouraged and supported me, and convinced me I could achieve anything I set out to do, so long as I gave my very best. This proved the catalyst to me believing I could always win in life, no matter the circumstances. It also led to me giving my heart and soul to boxing for 27 years.

“On reflection, my 16-year, 32-fight professional career was one of two halves. In the first eight years, everything ran smoothly. I had 25 fights and became the first ever British boxer to unify the cruiserweight division (WBA, WBC and WBO World Championships).

“I then achieved my childhood dream when I beat WBA Heavyweight Champion of the World Nikolay Valuev, the seven-foot-two, 150-kilogram ‘Beast from the East’, in a real-life ‘David and Goliath’ match.

“Lifting that World Heavyweight Championship meant I’d fulfilled a promise I’d made to my mum, Jane, at the age of three. It also meant I was the second boxer in history – after Evander Holyfield – to win world titles at cruiserweight and heavyweight. That was an incredibly proud moment for me and my family and friends.

“Yet it was in the second half of my career where I really discovered what it meant to fight and be a fighter.

“If I had it my way, I would have fought as many as 16 times in the second half, the last eight years. But, unfortunately, during this time my faulty body only allowed me to step through the ropes on seven occasions – four wins, three losses – and often it was a fight just getting to the ring in one piece.”

He added: “Thank you to all my loyal family, and all of ‘Team Haye’, my extended family, who helped me through these tough years. You know who you are, and you all contributed to my story, no matter how significant your part. I love you all.

“To my fans, thank you from the bottom of my heart, for dancing through the tough times with me, and applauding my efforts regardless of the result. Your kind support always meant the world to me, and I won’t forget the many great nights we shared.

“Thank you, also, to everyone who has supported not only me and my career but the sport of boxing as a whole. My sport. The beautiful noble art.”