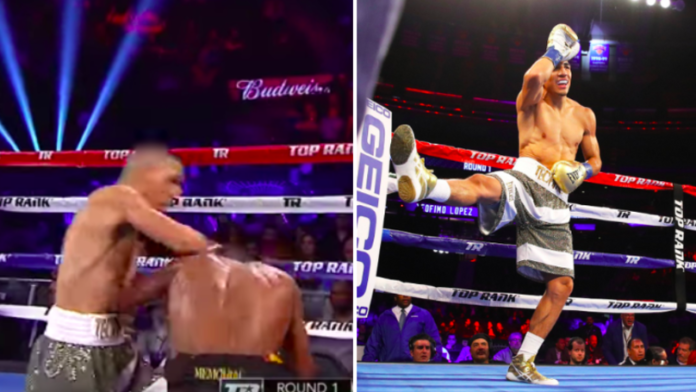 The 20-year old Honduran-American Teofimo Lopez continued his impressive run of form by producing his seventh career KO and taking his professional record to 10-0. The lightweight prospect knocked out veteran William Silva in the sixth round of Lopez’s first scheduled 10-rounder at Lakefront Arena in New Orleans. Lopez dropped Silva once apiece in the first, fifth and sixth rounds on the Regis Prograis-Juan Jose Velasco undercard. 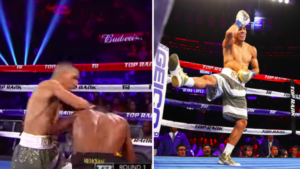 The referee stopped the fight 15 seconds into the sixth round, immediately after Silva went down for the third time in the fight.

Lopez (10-0, 8 KO) was just too much in there for Silva, displaying why so many are high on him as a prospect. Lopez was cool, calm, and feeling himself in the ring as he blistered Silva with shots all over his body before finally putting him away. And in true Teofimo fashion, he celebrated in style.

Brazil’s Silva (25-2, 14 KOs) hadn’t been knocked out before Lopez stopped him. His lone loss before opposing Lopez was a 10-round, unanimous-decision defeat to then-undefeated Felix Verdejo (23-1, 15 KOs) in February 2016 in The Theater at Madison Square Garden.

With skills like that it looks like Teofimo Lopez is going to be the next superstar in Boxing.