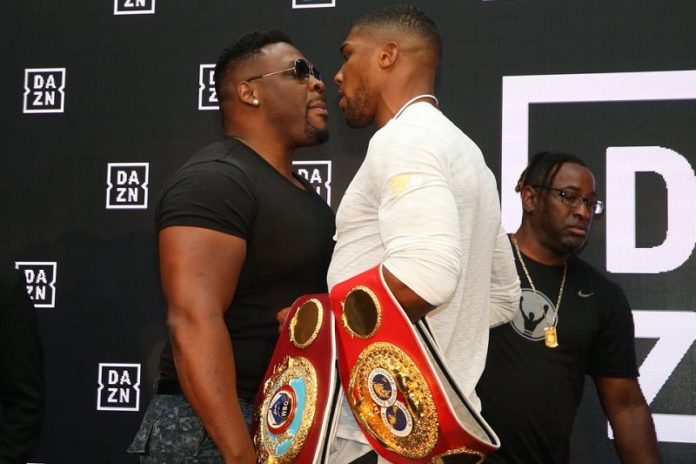 Heavyweight Anthony Joshua faced off with Alexander Povetkin on Tuesday – only for Jarrell Miller to try to steal the show. Former Olympic champion Joshua had to square up to Miller during his meet with Povetkin after the American invaded the stage. Miller has wanted to face Joshua – who fights Povetkin in his seventh world title defense at Wembley Stadium on September 22. 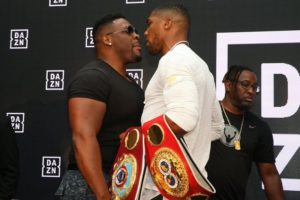 Miller is ranked at number three with the IBF and WBA and remains a viable opponent for Joshua.

Joshua told Sky Sports: “This is where I’m at right now, I can’t sit down for too long because there’s always people clucking around me feet. I have got to kick them back down.

“People talk about me and see me face-to-face and they still want to talk.

“I defend my titles in the ring time and time again. I just wont tolerate it out of the ring either.

“Anyone is welcome to come and get the smoke as well. Firstly focus on Povetkin and you never know what the future holds.”

Joshua holds three of the four major world titles – the IBF, WBA, and WBO – with Deontay Wilder’s WBC belt between him being undisputed heavyweight champion.

He fights Povetkin as a mandatory bout but Wilder is the opponent he wants.