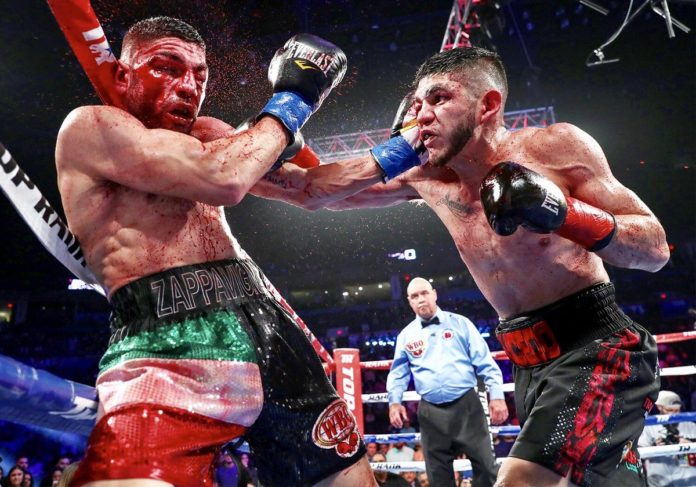 Junior welterweight contender Alex Saucedo had all the pressure on him when he faced Lenny Zappavigna on Saturday night. Saucedo was fighting in his hometown of Oklahoma City for only the third time, in the co-feature of the Top Rank Boxing on ESPN card headlined by the Gilberto “Zurdo” Ramirez-Roamer Alexis Angulo fight for the super middleweight world title at the Chesapeake Energy Arena. 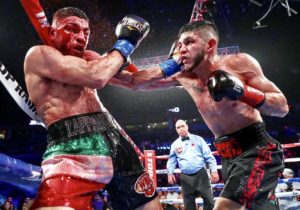 The courageous Oklahoma City native survived severe trouble during the fourth round to beat Zappavigna by seventh-round technical knockout in a bloody, brutal battle at Chesapeake Energy Arena. A bruised, cut Saucedo produced a performance which can only be compared to Arthuro Gatti, Rafael Marquez, Israel Vasquez, Marco Barrera and Erik Morales.

Zappavigna’s corner threw in the towel in the seventh round, and referee Gerald Ritter waved off the fight at 2 minutes, 31 seconds following a brutal cut above his left eye.