Adam Kownacki (17-0, 14KOs) is looking to return to the ring this August as part of the undercard for the Danny Garcia vs Shawn Porter WBC welterweight title fight. The card is expected to be on the 25th of August and likely to take place in Brooklyn. 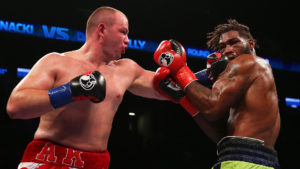 Both guys are heavy hitters, Kownacki who’s undefeated is coming off of a sixth round Ko over Lago Kiladze in January. His most notable victory comes against former heavyweight title challenger Artur Szpilka knocking him out in the fourth round.

Martin hasn’t fought since stopping Mike Marrone in the first round last July. If this fight materializes with Kownacki it will mark his first fight in 13 months.