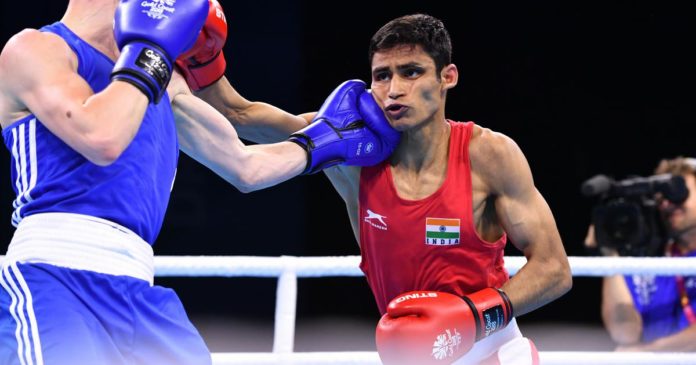 It was a disappointing day for India in Boxing as Commonwealth Games gold medalist Gaurav Solanki was handed a dominant defeat at the hands of Japanese pugilist Ryomei Tanaka in the 52 kg category.

The bout was completely one-sided as Tanaka threw a flashing straight hit to the face and knocked Solanki down in the first round. The next two rounds completely exposed the 21-year-old tall and rangy Army man from Haryana. 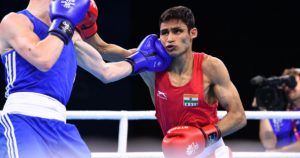 The Japanese pugilist was landing at will and the poor defense from Solanki didn’t help either as he was getting tagged by jabs throughout the fight. Those body shots from Tanaka completely drained Solanki and in the third and final round, Tanaka sealed the deal with his effective counter punching and aggression inside the ring.

Throughout the fight, Solanki got thoroughly outboxed and outpunched by the superior Japanese pugilist.