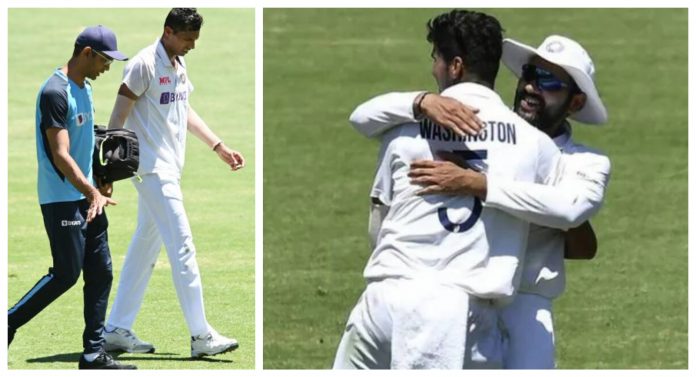 Infested with injuries, Team India had to field five-pronged inexperienced bowling attack including Washington Sundar against Australia in the fourth test. Barely managing to put out five bowlers in the field, the hovering injury cloud followed them to Brisbane as well with Navdeep Saini being the latest casualty. The pacer suffered a groin injury while bowling his eighth over and was taken for scans as a result.

Making his debut alongside T Natarajan, Washington Sundar had a relatively good first day at the office. The off-spinner claimed the crucial wicket of Steve Smith in the second session and bowled the most number of overs on Day 1. 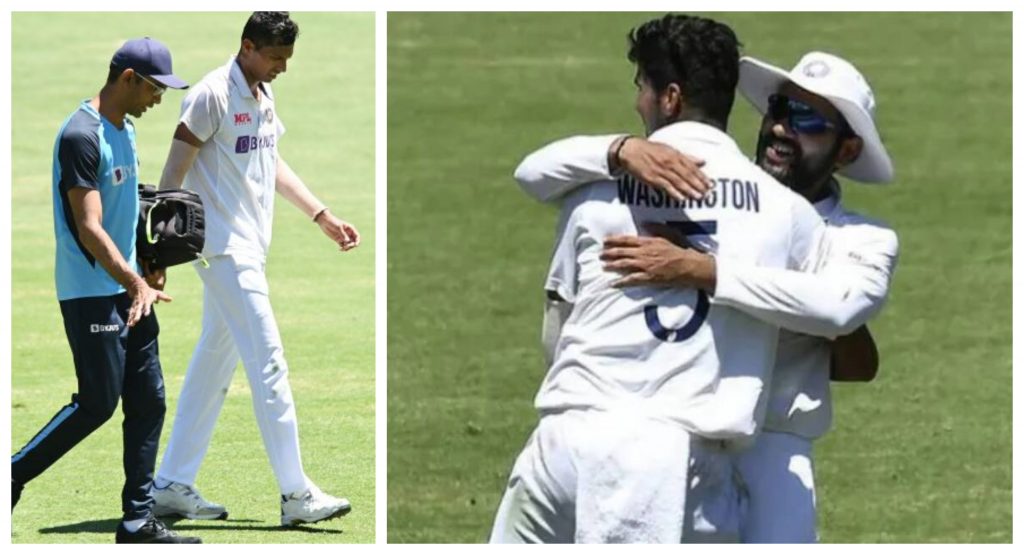 Following the end of day’s play, Sundar said that he does not know the extent of Saini’s injury but wants to see him bowl the first over of the second day.

“To be honest I have no idea about that but let’s see. I really wish he comes back and bowls the first over tomorrow,”

The debutant also lavished praise on the fellow newbie Natarajan, who became the first Indian player to mark his debut across all three formats in the same tour. Sundar claimed that it was the left-arm seamer who brought India back into the game. At 200-3, Australia were looking to seal pole position for a mammoth first innings total. However, Natarajan proceeded to remove two set batsmen in the matter of 2 overs to tilt the fixture.

“I think Nattu bowled really well today. He brought us back in the game. Labuschagne and Wade added runs but he dismissed both of them and definitely feels good making debut alongside him. He is a champion bowler and hopes he does really well,”

To conclude, Sundar spoke about his experience representing India for the first time in the longest format of the game. He admitted feeling nervous but also at the same time revealed that it was an amazing opportunity.

“It’s a big opportunity to represent the country and playing Test cricket is an amazing thing. I was very excited to go there and bowl the first ball and after that, I just wanted to bowl a lot many balls and pick wickets,”

“Yes, there was some nervousness but more than anything it’s an amazing opportunity to represent the country,” he said

Mohammed Siraj abused AGAIN by Australia fans at the Gabba