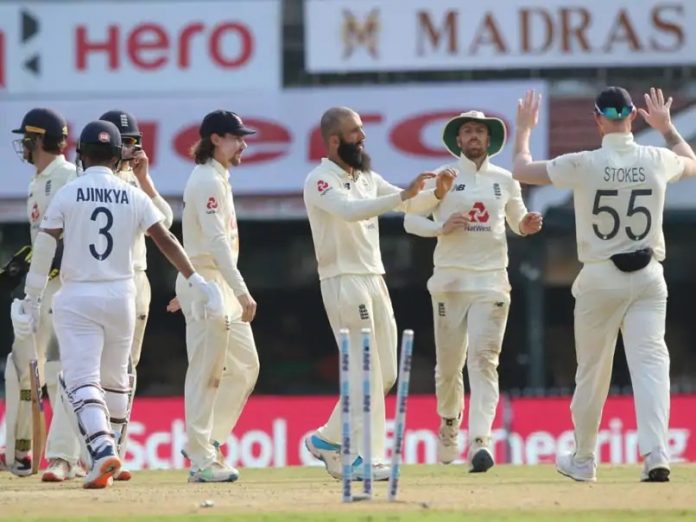 Team India have been taking on England in the second Test where they managed to put up a decent total in their first innings. While Rohit Sharma’s century was one of the talking points, the England team made a new record on Sunday. India posted 329 runs on the board where England did not concede a single run through an extra at the MA Chidambaram stadium in Chennai.

On the other hand, Team India gave away 52 runs in extras in both innings in the first Test match at the same venue. However, the previous best was done by Pakistan Team against India. They had given away no extra run when India posted 328 runs in a Test match in Lahore way back in 1954-55.

As far as the current Test is concerned, India were bundled out for 329 runs as they lost their last 4 wickets for only 29 runs on Day 2 of the second Test in Chennai. However, apart from Rohit Sharma’s swashbuckling century and Ajinkya Rahane’s stable fifty, it was the wicketkeeper-batsman Rishabh Pant, who also scored a half-century (58) which helped the host to cross 300 on the board. Apart from them, others failed to do well on a difficult pitch at Chepauk.

For England, Moeen Ali was the pick of the bowlers, who picked up 4 wickets for 128, whereas Olly Stone picked up 3 wickets for 47. Notably, England won the first Test by a huge margin of 227 runs and are currently, 1-0 up in the four-match Test series as well.

Meanwhile, the team has got a big blow as Ravindra Jadeja has been ruled out of the upcoming three Tests, as per the report in Cricbuzz.

I am sure it will turn from Day 1: Ajinkya Rahane deems different Chepauk pitch on second England Test