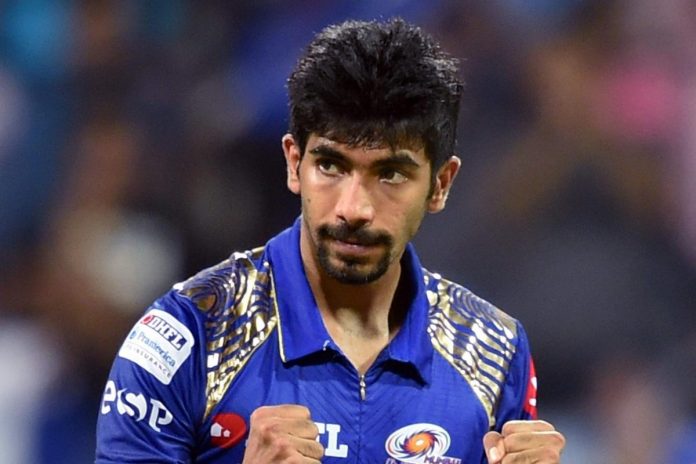 The Indian Premier League (IPL) and most of the t20 tournaments heavily favour the batsmen and the bowlers are endangered to be reduced to mere spectators. In such tournaments, it is rare to get bowlers who can keep a lid on runs and pick wickets too. Hence, economical bowlers are like a goldmine in T20 cricket.

As the Mumbai Indians sailed to their fourth win of the campaign on Tuesday, it was Jasprit Bumrah and Trent Boult who took the plaudits with their sparkling display with the ball. Apart from the duo, Australias speedster James Pattinson has been showing good form too.

The trio have scalped 30 wickets in six matches for the Mumbai Indians-propelling them to the top of the charts. It is hence no coincidence that the Rohit Sharma-led outfit is considered as one of the frontrunners for the coveted prize.

Jasprit Bumrah’s accuracy is unmatched in the current crop of bowlers and with a calm and composed head on his shoulders, he is easily one of the best death bowlers in the forthcoming IPL.

While Kagiso Rabada has been extraordinary in Tests, in the last year’s IPL he showed what he was capable of in the shortest format as well, picking 25 wickets and bowling with terrific pace and accuracy. While he has 15 of his 30 international wickets in the death at an impressive economy of 8.19 and perhaps one of the best strike rates of just 8.9, in franchise cricket he has picked 29 of 58 scalps in the death overs. Kagiso Rabada is not only one of the fastest bowlers but also exquisite with the new ball and in death. He shares the new ball with Anrich Nortje and has been quite successful.

The duo have been instrumental for the Delhi Capitals, who have a look of a solid unit. It is no surprise that the teams with two best bowling attacks currently occupy the top two places in the IPL, hence for a change reiterating the importance of bowlers in this format.

On the flipside, the likes of Royal Challengers Bangalore and Kolkata Knight Riders have struggled to make a real impact largely owing to the lack of quality death bowlers.

When a young bowler rubs shoulders with some of the legends of the game, his skill-sets are bound to improve. The support staff, training sessions, travel and intense games groom a player to excel at the international level. Young Indian bowlers like Navdeep Saini and Shivam Mavi have a lot to grasp from their respective team-mates to garner valuable experience.

Death overs, mainly the last 4-5 overs were the ones where the batsmen would run amok and score at an insane run rate. In the last few years, a number of bowlers have emerged who have become excellent death bowlers and have successfully been able to restrict batsmen to a reasonable score.

Batsmen often target death overs to increase the scoring rate, and most games are decided by how teams bowl in these overs. Over time, certain players have evolved to become specialists in bowling during the death overs and have a major role to play in any successful team. Yorkers are arguably the most effective type of delivery in any form of the game.

In the shortest format of the sport, bowlers often deliver yorkers at the back end of the innings to prevent the batsmen from latching on to the balls. It goes a long way in keeping the batsmen on their toes and restrict them from dispatching the ball to the boundary.

One trend that is quite evident this season is that teams need to think completely differently based on the ground they are going to be playing at. The pattern of scoring, the length, and the end from which to attack are all very different across each of the three venues.

Sharjah is a bowler’s graveyard while Abu Dhabi’s long boundaries have kept the bowlers more in the game. Dubai so far seems to be the most balanced for both batsmen and bowlers, giving everyone an equal chance of success.

Apart from the economics of money that is such a key part of the event, there is another economy that matters a lot in the IPL. The economy of bowlers is the single most important statistic which is looked at by teams along with the strike rate of batsmen.

Are DC the team to beat in IPL?