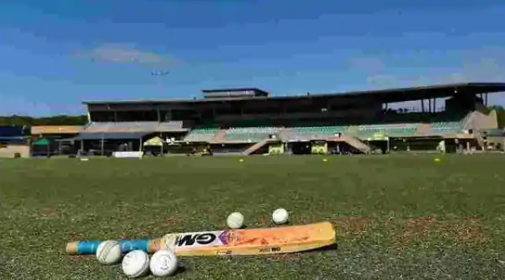 The global pandemic COVID-19 brought the entire world to a standstill last year. However, the situation is getting better slowly and sporting events have been taking place as well – be it international or domestic. Like other countries, India too have started hosting their domestic tournaments and successfully organised Syed Mushtaq Ali Trophy recently. However, they faced an issue while hosting the Vijay Hazare Trophy.

The tournament has seen its first case of COVID-19 when a Bihar player tested positive for the deadly virus, after which all the other cricketers are being tested for the virus as well.

“It is confirmed and the concerned player has been isolated from other players. He is currently in Bangalore as he cannot travel,” a senior official of the state’s cricket board has said to PTI on Tuesday.

Another source added that all the other players will undergo the COVID-19 tests on Tuesday and the results will come by evening. It is also noteworthy that, Bihar has sent 22 players for COVID-19 testing.

The Bihar team is placed in the Elite Group C and they are playing all their league matches in Bengaluru. However, they will play against Uttar Pradesh in a league match on Wednesday as well. And, an official from the Bihar Cricket Association (BCA) was hopeful that the match would take place as per the schedule.

It is also noteworthy that, all the games of the Vijay Hazare Trophy, the national ODI championship, have been taking place under the bio-secure bubble across venues. Post Syed Mushtaq Ali Trophy, this is the second domestic tournament organised by the BCCI in the 2020-21 domestic season as well.