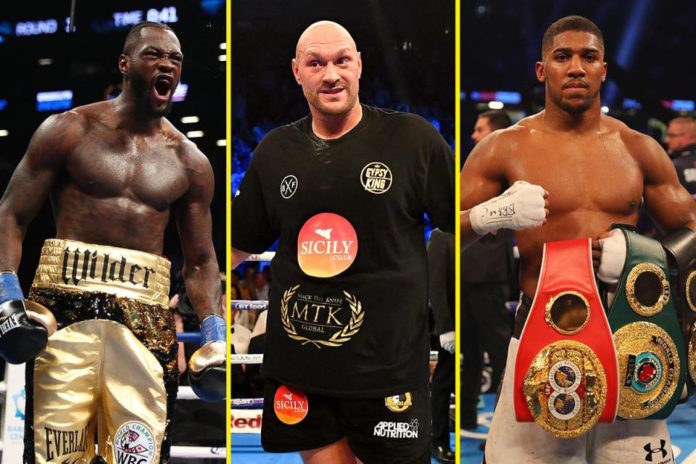 Like all the other sports, Boxing has also been hit by the ongoing Coronavirus pandemic. Numerous promoters around the world scratching their heads on how to bring back the fights without fans in the stand, Top Rank promotions have already been pumping fights out of Las Vegas for over two months now.

The lack of live boxing events has not only hurt the promoter’s bottom line, but also the Casinos, where wagers on live fights generate millions in revenue.

The promoters are left in a dilemma as although the bigger promotions either have TV/streaming deals, the smaller promoters rely heavily on the gate revenue for their day-to-day operations. 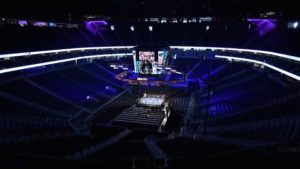 So far only in the UK, only Frank Warren’s Queensbury promotion has been able to pump out live fights and they plan to do so for the next four weeks from a bubble set-up inside BT Sports’ studio. In the US, only Top Rank promotions have been able to churn out live events for the past two months.

All the Top Rank cards are taking place inside a bubble at the MGM Grand Conference Center in Las Vegas, Nevada. With the advent of boxing, the sports betting industry is back with a bang as well. Last month, boxing bettors made a bank betting on Mike Plania, who was a -700 underdog as he defeated Joshua Greer Jr via a split decision.

However, with lockdown easing, promoters and boxers are ready to return back to action and here’s are the big fights to look forward to in coming months.

The former world champion from Russia, Alexander Povetkin will take on the top heavyweight contender from the UK, Dillian Whyte. The pair were scheduled to fight earlier this year, but the fight had to be delayed following the Coronavirus outbreak.

However, the pair will finally go toe-to-toe on August 22 at the newly constructed Matchroom Fight Camp in Brentwood. It’s a temporarily constructed facility at Matchroom promotion’s headquarters.

A win for Dillian Whyte could mean a title shot as the Briton has been frustratingly been waiting for his title shot for a few years now. Over the last couple of fights, he has secured wins over Mariusz Wach, Oscar Rivas, Derreck Chisora, Joseph Parker, Lucas Browne etc.

On the other hand, Alexander Povetkin is coming off of a split decision draw against Michael Hunter last December in Saudi Arabia on the massive undercard of Joshua vs Ruiz 2.

WBA, WBO and IBF heavyweight champion of the world, Anthony Joshua is scheduled to fight former title challenger Kubrat Pulev in October later this year. The pair were initially scheduled to fight at the Wembley stadium in June, but the fight got delayed following the coronavirus outbreak.

Last year, Anthony Joshua was involved in a massive upset loss to Andy Ruiz in June at the Madison Square Garden. There he was knocked out in the seventh round. Joshua eventually avenged his loss by dominating Andy Ruiz Jr in a rematch which took place in December of 2019.

Pulev and Joshua were previously scheduled to fight in 2017 but the Bulgarian had to pull out of the fight. Following the pull-out, Joshua fought Carlos Takam on short notice and knocked him out on the 11th round.

On the other hand, Kubrat Pulev is coming off of a unanimous decision win over Rydell Booker last year.

Mexican boxing sensation Canelo Alvarez was scheduled to fight Billy Joe Saunders in May earlier this year, however, the fight got cancelled following the coronavirus outbreak. Billy had the chance of fighting him again in September, but the Briton pulled out of the fight stating insufficient time to get ready for the showdown in September, one of Canelo’s signature months to fight in the year.

This opened up the possibility of Canelo fighting another Britons in Callum Smith and John Ryder. Smith is coming off of a close unanimous decision victory over John Ryder last November. On the other hand, even if John Ryder officially lost via decision to Smith last November, boxing fans were outraged over the decision and termed it a robbery.

Lightweight unification match-up between IBF champion Teofimo Lopez and WBC, WBO and WBA champion Vasiliy Lomachenko is arguably one of the best fights of 2020. The pair were initially scheduled to fight in April in New York, but it got cancelled because of Coronavirus and NYC was the global epicentre of the virus.

Now the pair are scheduled to fight at the new Raiders stadium in Las Vegas in October. Lomachenko is a two-time Olympic gold medalist and has the record of winning three weight class world title in just 12-fights. He is coming off of a unanimous decision win over Luke Campbell last September.

On the other hand, Teofimo Lopez is coming off of a second-round TKO victory over Richard Commey last December. It was also his first-ever world title.

The trilogy fight between WBC heavyweight champion of the world Tyson Fury and Deontay Wilder is set to take place on December 19 at Raiders stadium in Las Vegas.

Last February, Tyson Fury became the two-time heavyweight champion of the world by knocking out Deontay Wilder in the seventh round.

Prior to that, both parties fought in December of 2018 with the fight ending in a controversial draw.