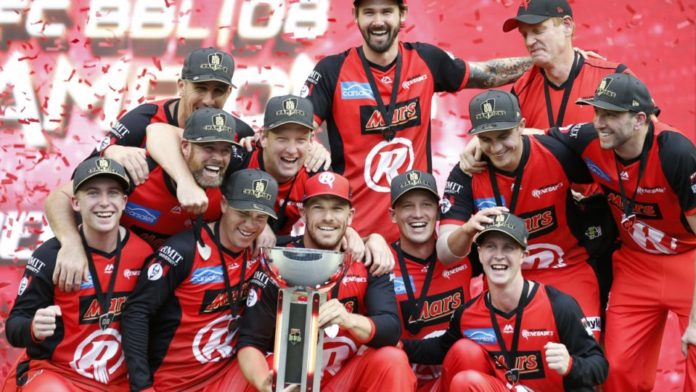 Big Bash League, the grandest T20 league in the world, was established by Cricket Australia in 2011 and has been gaining tremendous momentum across the globe. The most thrilling format of cricket returns to Sony Pictures Sports Network starting from 17th December 2019 and will be aired live and exclusive only on SONY SIX channels in India. 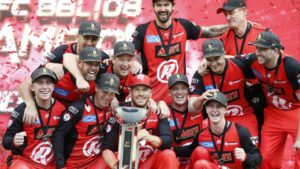 Cricket Australia has aimed to make it bigger and better by making some legendary decisions as well as revamping the format to make it even more fascinating and delightful for the viewers. Let’s have a look at some ‘first-timers’ of the 2019-20 Big Bash League:

Former Australia wicket-keeper Julia Price has made history by becoming the first-ever female coach in the history of Big Bash League. Julia has been appointed as the assistant coach of Brisbane Heat for the 2019-20 BBL season and will work alongside head coach Darren Lehmann, bowling coach Ryan Harris and coaching assistant Gavin Fitness.

A veteran of 107 matches for Queensland and 38 matches for Tasmania, Julia Price will officially link with the Brisbane Heat at the January 1 night clash with Perth Scorchers at Metricon Stadium on the Gold Coast. With excellent cricket intelligence and vast experience, it is going to be a historic moment in the cricket fraternity to see her lead forward with the baton in the hands of a woman this year.

Steve Smith makes a comeback to the Big Bash League for first time since 2014. The world’s top-ranked test batsman has officially declared that he can’t wait to wear on The Magenta and is prepared in full swing to break some earth shattering records for the Sydney Sixers this year.

Smith has played 36 internationals for Australia in the shortest format of the game and was part of the Sixers team that won the first edition of the tournament in 2011. On his return all have set high hopes expecting him to be the key member in bringing the World Cup home.

To keep up with the enthusiasm of their cricket fans out there, Big Bash League have gone a notch higher and revamped the match structure with this edition. This year there will be five teams who will contest in the playoff stages for the upcoming season of the Big Bash League. The playoffs stage will mainly be -Eliminator, Qualifier, Knock-Out, Challenger and the Final. Played over two weekends, the new five-match finals system guarantees a double-chance for teams that finish first and second in the regular season.

Keeping up with unique characteristics of the tournament, 2019-20 Big Bash League this year has decided to cut short the span of time and has shrunk the tenure from 54 days to 42 days. BBL this years has also planned to make the match roster wider by increasing the number of matches from 59 to 61 as compared to the previous season.

Generally the BBL squads consist of 18 players, two of which could be international players. However, in the new rule for the 2019-20 season, clubs can nominate four additional overseas-based players as potential replacements for the season which means that each team can also call up for extra players throughout the season in any event of injuries or the loss of squad members for other reasons, such as international selection.