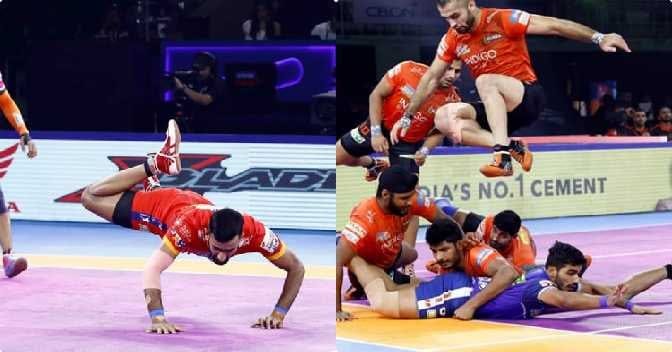 The Haryana Steelers came back to winning ways after defeating U Mumba by three points courtesy performances by raider Vikash Kandola and contributions from the defense helping the Steelers win a big game against the season 2 champions U Mumba . In the second game of the day at the Jawahar Lal Nehru Indoor Stadium in Chennai the UP Yoddhas won their third game after defeating the table toppers by Jaipur Pink Panthers by a convincing margin. 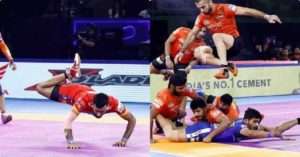 Performance by Raider Arjun Deshwal and Skipper Fazel Atrachali weren’t enough to defeat the Dharmaraj Cherlathan led-Haryana Steelers as a spirited Steelers came with a positive mindset and performances by the Star Raider Vikash Kandola and the defence meant that the Steelers were going to win the game by a good margin, But a late comeback by the Mumba team meant that the Ronnie Screwala owned team lost only by 3 points.

Deepak Hooda’s spirited performance wasn’t enough as a spirited UP Yoddhas defeated the inaugural season champions by 7 points courtesy an all-round performance by the Yoddhas. Yoddhas raider Surender Gill scored 7 points who was well supported by Srikanth Jadhav and veteran Rishank Devadiga who scored 7 and 4 points respectively. The defence showed calmness and took their chances with ease and without looking frantic. With the win against the Jaipur Pink Panthers , the Yoddhas leafrogged to 8th position from 11th position