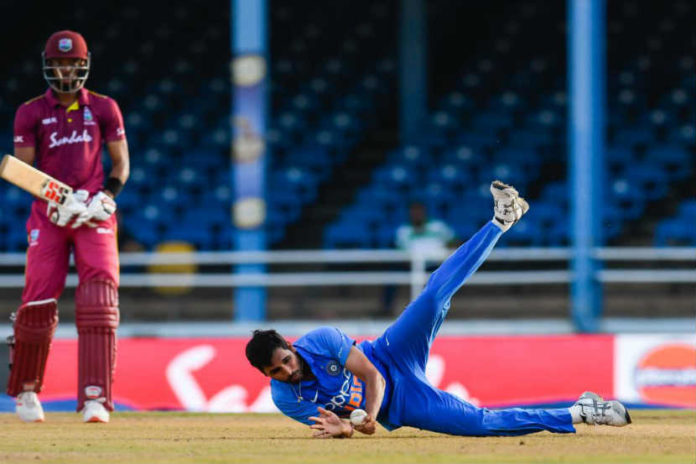 Bhuvneshwar Kumar who has been injured for quite sometime has said that there is no definite timeline for his comeback. Bhuvi who missed the one day series against West Indies after making a comeback in the limited overs against the Windies in the T20 format.

The right handed pacer has been struggling with injury for a long period of time and has been off and on. The Indian Pacer also missed a few games in IPL but is optimistic of making a comeback in time for the T20 world cup in Australia. 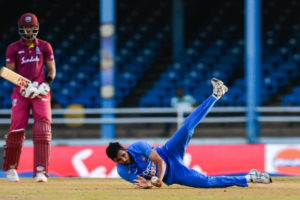 The Meerut born fast bowler has been the back bone of the Indian pace trio which has helped India perform very well in the limited overs format this year. His partnership with Bumrah and Shami has been deadly and that could very well be seen in World Cups and in the limited over series against New Zealand and Australia.

We also saw the fast bowler getting injured against Pakistan in a high pressure game in the World Cup where he pulled a muscle and was then needed to get the rehab done.

With the World T20 already stationed for the coming year he has his eyes set for an in time return from injury.

“World T20 is still good nine months away. I am not thinking about that. The first thing is getting fit, and I don’t know when I will get fit,” Bhuvneshwar told PTI in an exclusive interview.

“It’s up to BCCI as to how they are going to take it. They must have had a chat with the NCA. NCA must have tried their best, but I don’t know what went wrong and why they couldn’t diagnose. Still, I am not the right person to comment on that as it might say something else and BCCI will come up with something else,” Bhuvneshwar concluded.