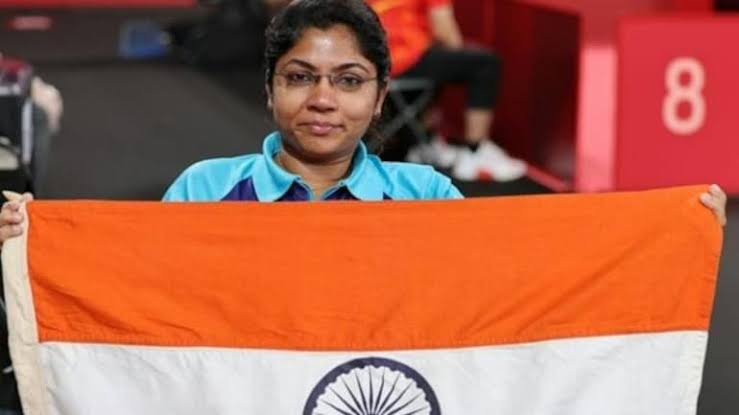 Bhavina Patel entered the finals of the Tokyo Olympics after defeating China’s Miao Zhang 3-2 win in the class 4 table tennis semifinal event. She is the first Indian to have achieved such a feat and has assured the nation of a silver medal at the least, if not a gold.

All eyes were on her as the 34-year-old was playing against the former world no 1 Zhang. She had played him 11 times before, but this was the first time she registered a win against the Chinese.

After the win, she spoke to the media at length and mentioned that she never considered herself disabled.

“I don’t consider myself as disabled, I am always confident I can do anything and today I also proved that we are not behind and para table tennis is ahead as other sports.” (H/N Times of India)

The daughter of a small shopkeeper, Hasmukhbhai Patel, she was not a medal contender but she has stunned the nation and her opponents alike at her maidan appearance at the Games.

She lost to Zhang in the opening round but picked up her game in the next two games. But it was in the fourth round when the realised that the current world no 3 is not going to do go down that easy. The scores were tied and they headed into the fifth round.

She was in the lead with 9-5, but Zhang quickly saved up three points which led Bhavina to take a break. After a brief break, Bhavina was back and unleased her prowess at the sport. The game ended with India entering the finals.

Bhavina mentioned how she was told by everyone that the Chinese were difficult to beat.

“I fought against China and it is always said that it is difficult to win against China. Today I proved that nothing is impossible, you can do everything.” (H/N Times of India)

On Sunday, she will clash with current world no 1 Ying Zhou. If she manages to best the Chinese, Bhavina will make history and will have her name beside the legends of India like Devendra Jhajaria.