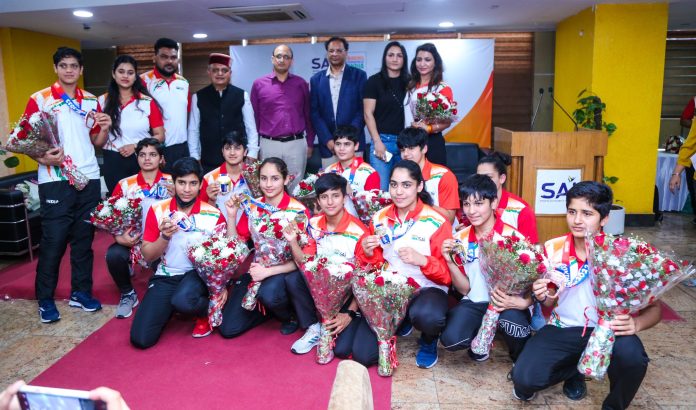 Boxing Federation of India (BFI) is eyeing to develop the boxing stars of the future. The body recently made an announcement that they want to provide quality training and exposure to the youth and junior boxers. In order to do it, they announced on Wednesday that they will be inviting Asian powerhouse countries such as Kazakhstan and Uzbekistan to India to train and play tournaments with the youngsters. The announcement was made during BFI’s felicitation event in New Delhi of the medal winners from the 2022 ASBC Asian Youth & Junior Boxing Championships in Amman, Jordan where the Indian boxers bagged impressive 39 medals, including 15 gold.

Our youth & junior boxers have arrived for the 'Felicitation Ceremony' as they brought home 3️⃣9️⃣ medals from @BoxingAsian #AsianYouthandJuniorChampionships 🔥#PunchMeinHaiDum#Boxing pic.twitter.com/ydIlpLfA28 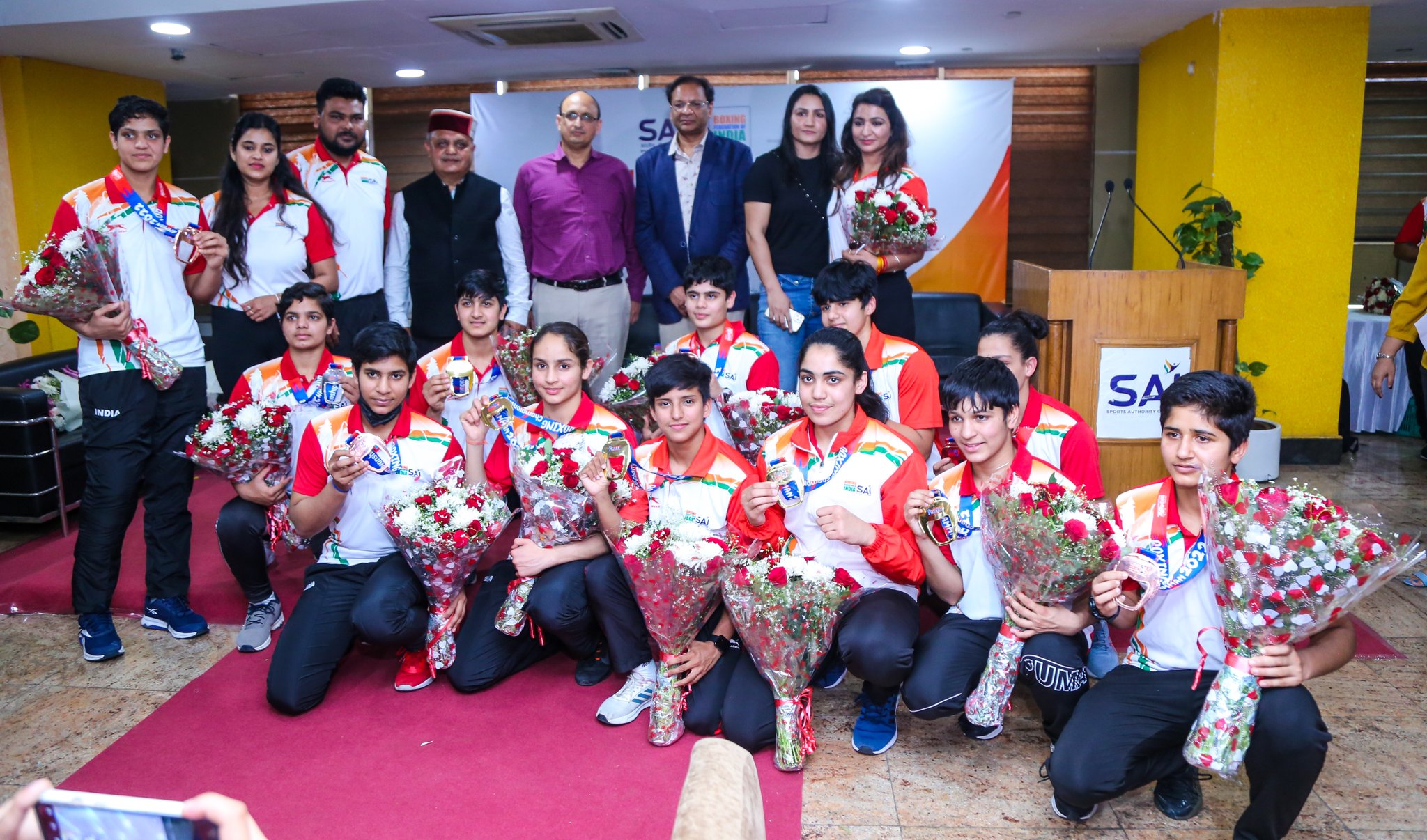 Six-time world champion veteran boxer Mary Kom and Sujata Chaturvedi, Secretary, Sports also sent their best wishes to the young boxers following their campaign. The BFI President Ajay Singh recently spoke at the felicitation event which was also attended by Sandip Pradhan, DG SAI and Asian champion Pooja Rani as they interacted with the boxers and encouraged them.

Here is what she said: “I congratulate each medal winner for their achievements at the Youth & Junior Asian Championships. I’m confident that playing against top boxers from the leading Asian countries will give them exposure. They have shown their potential with strong performances and these achievements promise a good future for Indian boxing.”

BFI will not only focus on the quality training with boxers from top Asian countries but the body is also planning to conduct a junior edition of the India Open in order to motivate the next generation of boxers.

“We are glad to see BFI taking efforts in developing youth and junior boxers. SAI will support them in all possible ways if BFI loops in other Asian leading boxing nations for tournaments and training. It was great to see our young boxers performing so brilliantly at the Asian Championships and I hope they continue bringing medals for the country,” said Sandip Pradhan, DG SAI.

Indian junior and youth teams claimed second and third positions respectively in the medals table in the prestigious continental tournament that featured as many as 352 boxers from 21 countries including India, Iran, Kazakhstan, Mongolia, Tajikistan and Uzbekistan.