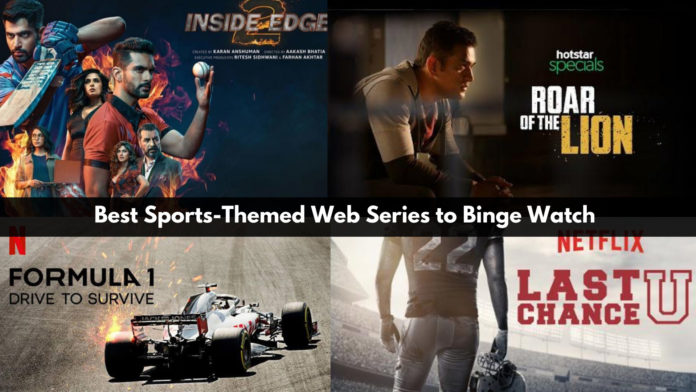 Nothing is more thrilling than sitting and watching your favorite sports events with a packet of chips in hand. It’s even better if you have friends and family around that support different teams. That’s when the gloves come off and rivalries take over.

But, with the present situation of COVID-19 and lockdown taking over, there aren’t any sports shows to watch. Unless you count reruns. Which no one does. So, now is the best time to start watching the OTT series on sports to take your mind off other things. 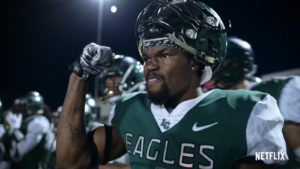 So, let’s check out some of the best sports-themed web series.

For cricket lovers out there, this new Indian web series premiering on YouTube that you must watch. Catch Gaurav Kapur as he chats with cricket champions over breakfast. Enjoy the fast-paced comments, breezy conversations, and fun-filled banter as you watch your favorite sports stars take on questions from not only Gaurav’s treasure but also what their fans want to know.

From Indian cricketers like Yuvraj Singh to Chetereshwar Pujara, to foreign players like Brett Lee and Ab De Villers. This web series is one to watch if you want to know your favorite players inside-out.

Last Chance U is a Netflix documentary/ web-series that showcases their 2015 football season for the East Mississippi Community College as they push for their third consecutive national win. The series is more focused on the lives of the players and the struggles they face while coping with studies, football, expectations, and life in general.

The first 2 seasons focus on one of the most successful JUCO programs in East Mississippi Community College. The web series highlights the lives of players who struggle academically while trying to keep morale and emotions in check, and how they shoulder the responsibilities of winning on and off the field.

Even if you don’t like sports, Inside Edge is a web series you have heard of. Set in the T20 cricket rink, this relatively new web series centers around the Mumbai Mavericks, a fictional T20 cricket team, and the syndicate of spot-fixing. Set in the backdrop of fame, fortune, and lots of money, Inside Edge, looks into the darker and sinister world of sports gambling and match-fixing. Watch the ups and downs the team faces in the game itself while trying to keep up with the jump in lifestyles and accusations of gambling.

The series received critical acclaim for the storyline and performances. The acting prowess of Vivek Oberoi, Siddhant Chaturvedi, Richa Chadha, Angad Bedi, and Tanuj Virvani have been highly praised.

Formula 1: Drive to Survive is a documentary web series that has been produced in collaboration by Formula One and Netflix that gives behind the scenes exclusives at races and drivers of the 2018 and 2019 Formula 1 World Championships.

The two seasons of the series documents the hard work and dedication that the team and the drivers put in the race. From speed pitstops to car upgrades, to racing strategies, everything is bared to the fans.

While Season 1 revolves more around the workings of the team and the brands behind the cars, Season 2 is more about the people. With episodes dedicated to Daniel Ricciardo at Renault, Pierre Gasly’s year of ups and downs, and the Belgian Grand Prix weekend that saw the death of Formula 2 driver Antoine Hubert. This web series highlights how fast the cars go, and how difficult it is for not only the driver but the team to finish a race.

There is no better web series to finish this list with than the documentary-series on the sensational rebound of Chennai Super Kings’ in the 2018 IPL games, especially after a 2-year ban for match-fixing.

Watch CSK’s captain Mahendra Singh Dhoni talk about the darkest period of cricket, as he talks about never heard before circumstances and situations. Watch as the documentary relives the heartbreaking memories of the ban and see Dhoni’s reaction to the 2013 spot-fixing controversy along with the Rajasthan Royals.

With the number of web series available on different platforms, it is not easy to choose a sports series to watch. With choices between thrillers, romance, and comedy, it is obvious that sports web series will be pushed into the backdrop. But considering the series mentioned in the list, sports web series are not far behind their rom-com or thriller counterparts.

If you are looking for something more than the normal rom-com and thrillers then you need to watch the new web series related to sports. Let us know how this list works out for you.

IPL 2020 to take place in the UAE, confirms BCCI