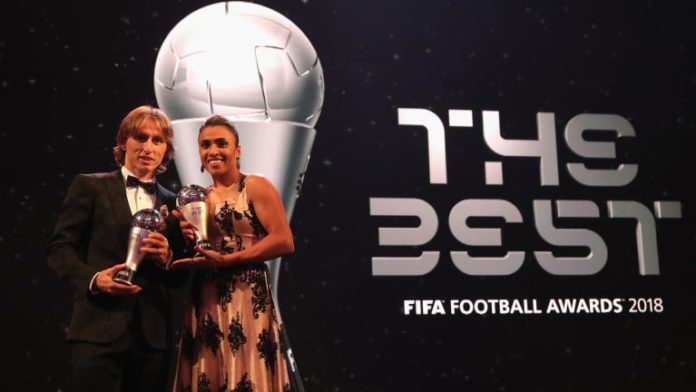 The third edition of the ‘The Best’ award ceremony hosted by FIFA oversaw a change in the norm in the form of ending the 10 year monopoly of the two most decorated players on the planet – Cristiano Ronaldo and Lionel Messi. 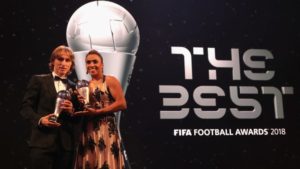 Perhaps this marks the end of an era and exhibits a glimpse of the next. The man of the night was the 2018 Champions league winner and World Cup silver medalist Luka Modric. It was a glamorous night for him as he succeeded his former Real Madrid teammate and friend , Ronaldo to win The Best FIFA men’s player.

Modric’s performances over the span of the football season were eye-catching and proved to be instrumental for Real Madrid and Croatia to bag elite silverwares. Even Lionel Messi could not resist voting for Modric as the The Best.

Other award winners of The Best FIFA Football Awards 2018 :

* The Best FIFA Goalkeeper – Thibaut Courtois. After a FA Cup victory and a World Cup third place clinch , Courtois’ saw out his only competition Hugo Lloris.

* The Best FIFA Men’s coach – Didier Deschamps. There was no looking back for Deschamps after an spectacle of a World Cup win.

* FIFA Puskás award – Mohamed Salah. It was in a Merseyside derby where Salah joined the goalscoring elites of Puskás , Zlatan, Ronaldo and others with his brilliant solo goal.