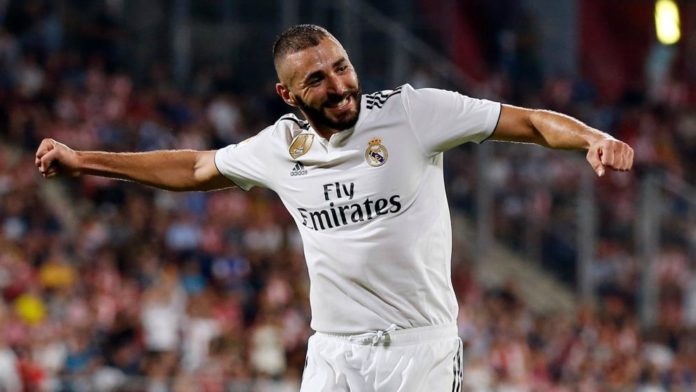 Real Madrid’s fortunes have taken a turn towards the right direction since the sacking of former boss Julien Lopetegui. The latest success in the Los Balncos camp is a 5-0 drubbing of FC Viktoria Plzen in Czech republic in the UEFA Champions League in what was a memorable night for Karim Benzema. 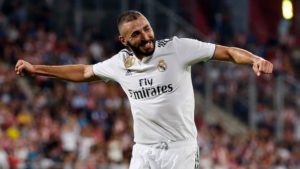 Madrid were already 4 goals ahead of Plzen in the first half with two efforts from Karim Benzema finding the back of the net. The Frenchman had come under fire earlier in the season for his lack of goals but he seems to have proven his critics wrong. The 30 year old broke the deadlock in the 20th minute with a well taken strike through the legs of the Plzen goalkeeper and later in the 37th minute with a header from point blank range.

Others on the scoresheet were Casemiro who headed the ball home from a corner in the 23rd minute, Bale in the 40th with a beautifully taken left-footed volley and Toni Kroos in the 67th with a curling effort over the goalkeeper’s head. Plzen had their fair share of chances including one in the opening minutes of the game that hit the crossbar.

As it stands in group G, Real top the group with 9 points, needing only a point more to secure qualification to the round of 16 but they face a tough task in Roma in the next Champions League fixture, who are equal on points with the defending champions.

Once the World’s best , now a struggling keeper : Manuel Neuer