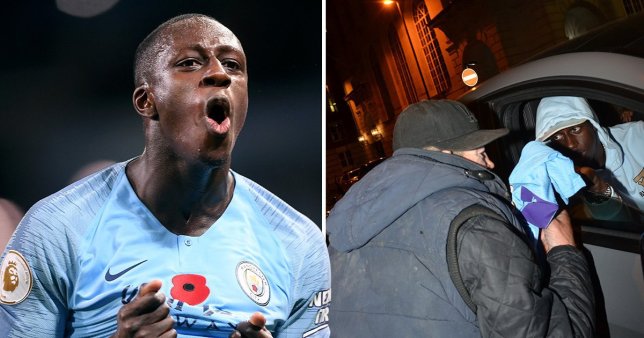 Benjamin Mendy , the Manchester City left-back was on a dinner outing with a few of his teammates to Rio Ferdinand’s restaurant – Rosso when he encountered a homeless man that needed help and the Frenchman was kind enough to do his part.

Since Mendy wasn’t carrying any cash on him, all he could do was hand the homeless guy a City jersey that was in his car.

Speaking to Manchester Evening news, Mendy explained the act : “I was walking past Rosso restaurant and I saw a homeless man who asked me for change.

“I said I didn’t have any, but knew there was a footballer inside that might be able to help.

“I saw Benjamin Mendy as he was leaving Rosso Restaurant last night. He got into a car and was being driven and stopped to take some photos for the press.

“As they were about to drive off, a homeless man went to go and ask him for some change, but Mendy said he only had his card and said instead he would give him his shirt.

“I don’t think the homeless guy had a clue what was happening, but one of the paparazzi bought the shirt off him – so I guess he got the money he needed.”