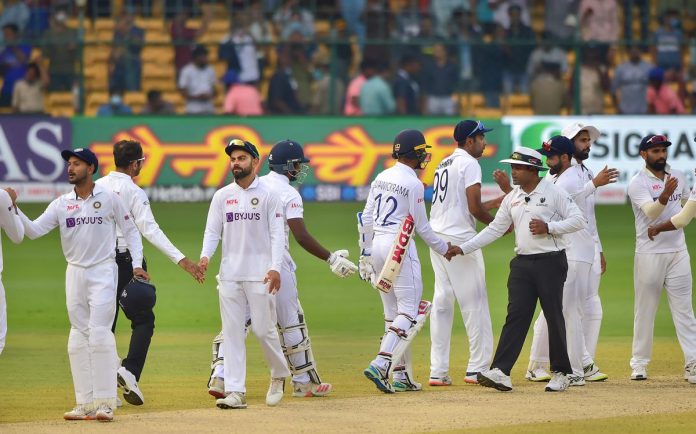 The pitch used for the second India vs Sri Lanka Test at the M Chinnaswamy Stadium in Bengaluru has been given a below-average rating by the ICC. As a result, the venue receives one demerit point for not providing an even contest between bat and ball. 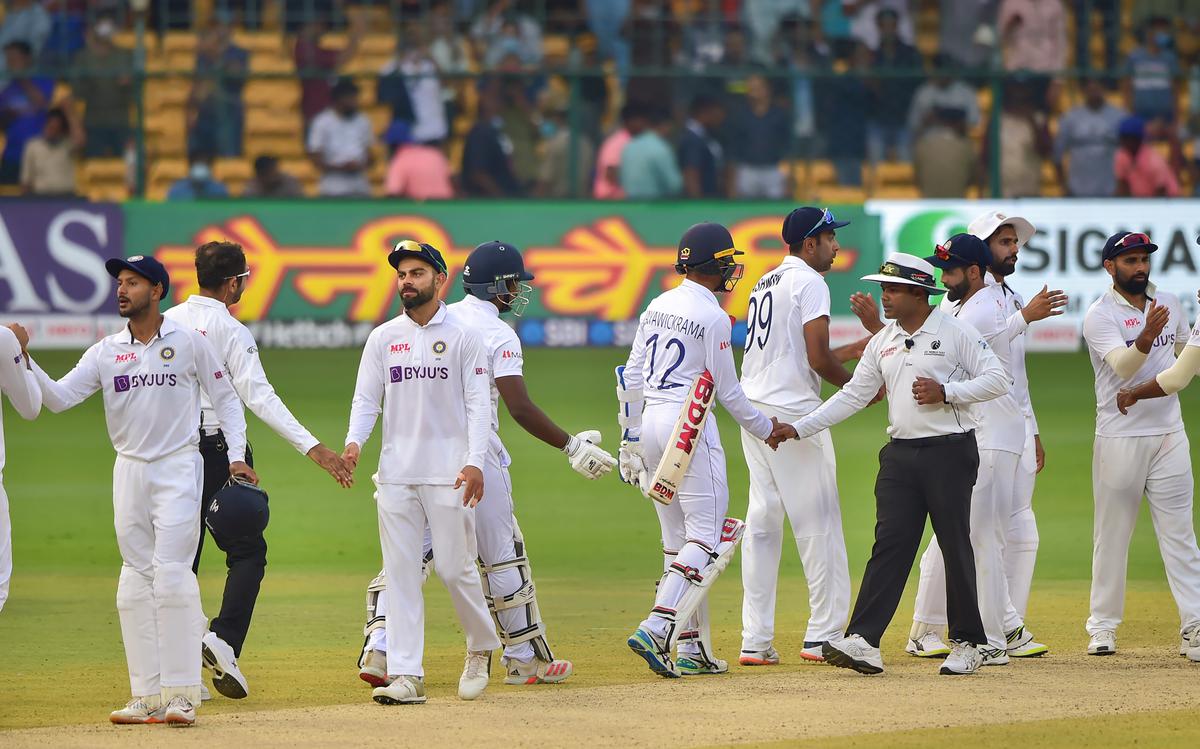 The surface went into history books on the first day itself after 16 wickets fell on Day 1, which is a record for a pink-ball Test. The Test match eventually ended inside three days, with India emerging as the winners by a comfortable 232-run margin to take the series 2-0.

Javagal Srinath, the match referee for the Test match, mentioned in his post-match report:

“The pitch offered a lot of turn on the first day itself and though it improved with every session, in my view, it was not an even contest between bat and ball,”

Out of the 39 wickets that fell over the course of the match, 26 were notched by spin bowlers. The pitch offered assistance spin right from the first session of the match. Sharp turn was on offer on the crumbling pitch. Apart from that, low bounce was also a major issue.

Several deliveries kept low on a consistent basis, which was the primary reason behind Virat Kohli’s dismissal across both innings.

Due to the below-average rating, the venue was handed a demerit point. If a venue accumulates five demerit points across a five-year period, it is banned from hosting an International fixture for a period of 12 months.

The Bengaluru pitch becomes the second such wicket to be handed a below-average rating by the ICC. The surface in Rawalpindi, which hosted a draw between Australia and Pakistan was also given a similar rating.

A pink ball Test is yet to outlast three days on Indian soil. Following the results in Kolkata and Ahmedabad, Bengaluru also followed suit by delivering a lopsided contest within three days.