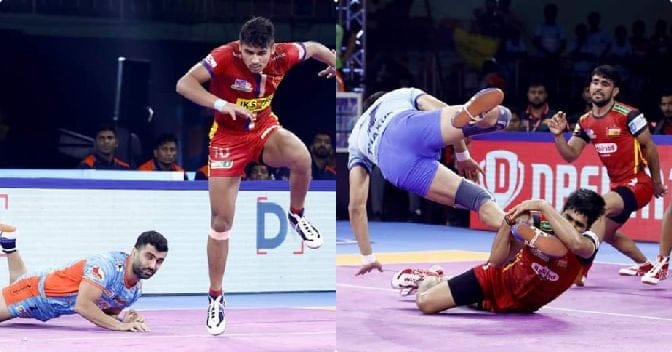 The first day of the Chennai Leg of the Pro Kabaddi League season 7 saw the hosts Tamil Thalaivas lose by a big margin against the defending champions Bengaluru Bulls and on the other both Dabang Delhi and Bengal Warriors had a chance to win and go top the table but instead both played a tie which meant season 1 champions Jaipur Pink Panther remained on the top of the table. 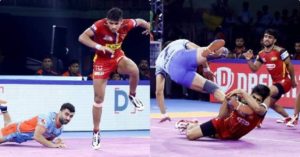 A spirited performance by the defending champions Bengaluru Bulls helped them overcome their woes of the previous matches and helped them win by a big margin against the hosts Tamil Thalaivas. Another game and another defender proved his weight in gold for the Bengaluru Bulls as Saurabh Nandal took five-tackle points in six attempts making him the most successful defender of the game.

Two teams who have been in great form had a chance to eclipse each other and go top of the table. But a mistake by Bengal Warriors raider Prapanjan in the buzzer raid of the game helped the Dabang Delhi tie the game. The last raid of the game was a do-or-die raid and a point was required by the Warriors otherwise it would have been a draw, the umpires had given it a one-point raid which meant that Bengal Warriors won the game but a successful review by Joginder Narwal helped the Dabang Delhi team tie the fixture.