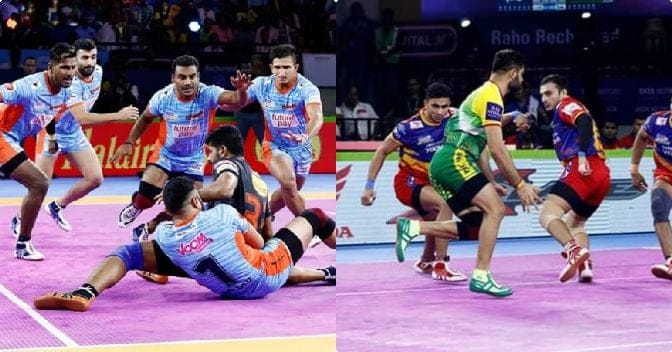 The last day of the Patna leg saw the home team Patna Pirates win their first game at home courtesy a super-10 from the captain and star raider Pardeep Narwal and defender Neeraj Kumar complete a well compiled high-five. In the first game of the day Bengal Warriors edged out the U Mumba by 2 points and consolidate their position in top-4. 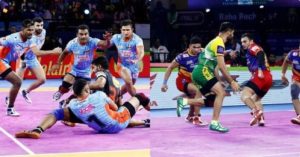 Yet another Ajay Deshwal special but it was not enough for the Mumba win the game as a complete level headed performance by the Warriors helped them to defeat U Mumba. Warriors showed command and application from the go, held their nerves to win a tense game of Kabaddi. Performances by raiders Prapanjan and Maninder Singh set the tone for the Bengal side and they were well complemented by defender Baldev Singh and Jeeva Kumar.

Pardeep Narwal’s return to form is a blessing in disguise for the Pirates team as they have also returned to winning ways. A super-10 by the experienced showman helped the team decimate their oppositions. Defender Neeraj Kumar showed class as he scored 8 tackle points to help the Patna Pirates win the game and end the home leg at a high. The former warriors captain Jang Kun Lee also came back in points as he completed 5-raid points.

The Pro Kabaddi League caravan bid goodbye to the Patliputra Sports Complex in Patna as the caravan will now continue in Ahmedabad.