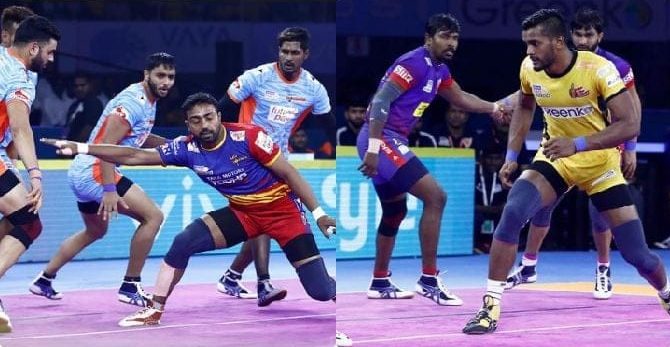 A 31-point victory for the Warriors against the UP Yoddha’s gave them the perfect start in PKL season 7, as the Iranian Mohammad Nabibaksh scored a stellar 10 raid points on debut. The Yoddha’s had a hard time on the mat as both star Raider Monu Goyat and star defender Nitesh Kumar didn’t perform as per expectation. On the other hand both Suraj Desai and Siddharth Desai played well for the Titans but it was not enough to defeat the Meraj Sheykh led Dabang Delhi K.C. 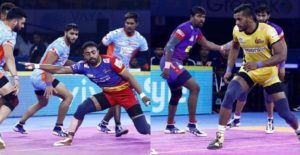 Heroics from the Iranian raider Mohammad Nabibaksh and defender Baldev Singh gave a comfortable victory to the Warriors. Warriors had a good start courtesy their star raider Maninder Singh and the Irani debutant Nabibaksh, the Warriors were nicely complimented by Prapanjan, Jeeva Kumar and Rinku Narwal.

Yet another game and yet another debutant chose to shine and in this game it was the Titans player Suraj Desai who thought to take the opportunity with both hands. In fifteen raids , Suraj scored eighteen points . Siddharth Desai also showed form but that was not enough to save the titans from their third consecutive defeat at Hyderabad. It was the tackle of Armaan by the veteran Delhi defender Joginder Narwal which sealed the game for the Dabang Delhi K.C.