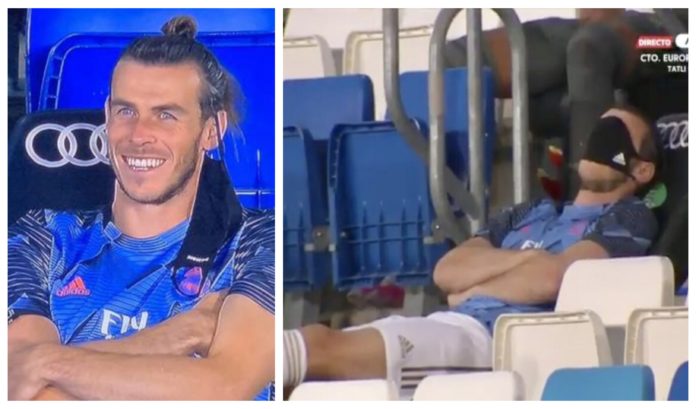 Gareth Bale’s fall at Real Madrid has been nothing but tragic. The Welshman who made the switch back in 2013 fell down the pecking order and has only been warming the bench as of late. The winger once again had to watch the game from the sidelines as the team went on to win 2-0 against Alaves. 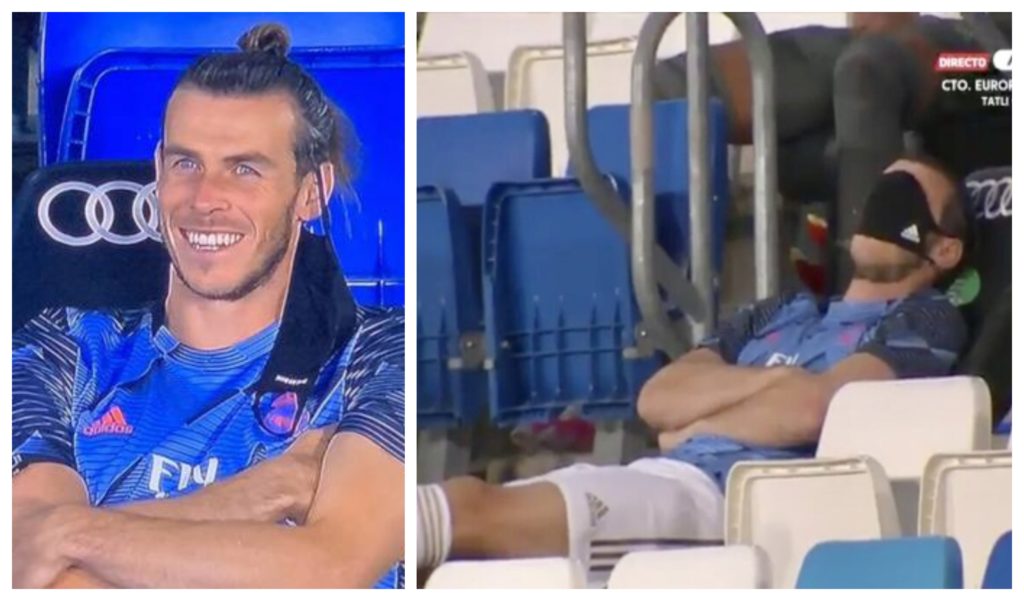 The Wales International had already lost the support of the fans after his controversial “Wales.Golf.Madrid; In that order” banner. Despite winning several trophies during his tenure in the Spanish capital, Bale was never a regular starter, owing to injuries and other prominent issues.

During Madrid’s encounter against 17th place Alaves, Bale was seen using his face mask as a sleep mask to taunt his side.

This guy is really living his best life! 😭pic.twitter.com/PWNElp9pHS

Bale also managed to bring out a laugh when he found out he was not going to get subbed on. The final substitute was Brahim Diaz who replaced Casemiro and ensured that the winger would not get a single minute of play, yet again.

The future for the Welshman at Madrid looks bleak with the club having a plethora of attackers at their disposal. Bale has only managed to muster up 15 league appearances with two goals in return from it.

The 30-year-old was on the verge of becoming the highest-paid footballer in the world after bagging a wage deal of  £1 million-a-week with the Chinese side Jiangsu Suning. However, the deal was flagged off after Real Madrid were not happy with the transfer fee.