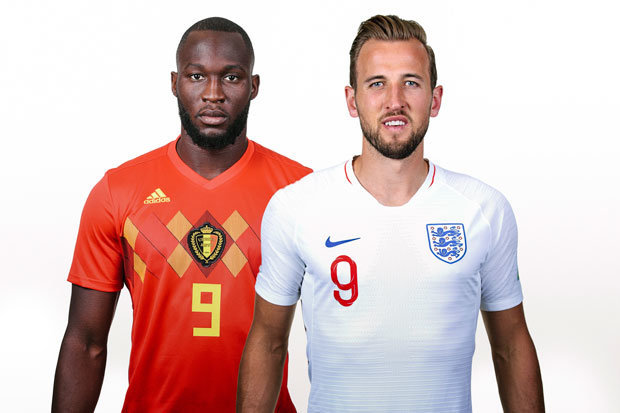 The Red Devils and The Three Lions will clash against each other tonight with a hope to secure the third position in this year’s World Cup.

England skipper Harry Kane is the tournament’s top scorer on six goals, while Belgium striker Romelu Lukaku trails by two in the race for the Golden Boot.

With one more goal Kane would become the highest scorer at the competition since 2002, when Ronaldo struck eight times, including twice in the final, as Brazil clinched a record fifth title.

The Tottenham forward would be just the second England player to scoop the award, after Gary Lineker was the top scorer in 1986.

The teams have already faced each other 22 times and England have a much better record with 15 victories to Belgium’s 2, plus 5 draws.

Their most recent engagement was in the group stage of this year’s global showpiece, which ended 1-0 in favour of Belgium following an Adnan Januzaj goal.

Here’s the line-up of both the teams:

With each team going to play their last game in this year’s World Cup, it remains to be seen who will come out as the victor.

Will Belgium’s “golden generation” repeat what they did to England last month or will England secure a bronze medal today in hopes of easing the heartbreak of the English supporters?