Before you enter the world of Online Casinos, Check out the top 10 Live casinos recommended by India Casino Info
Home News The Most Beautiful Casinos in the World 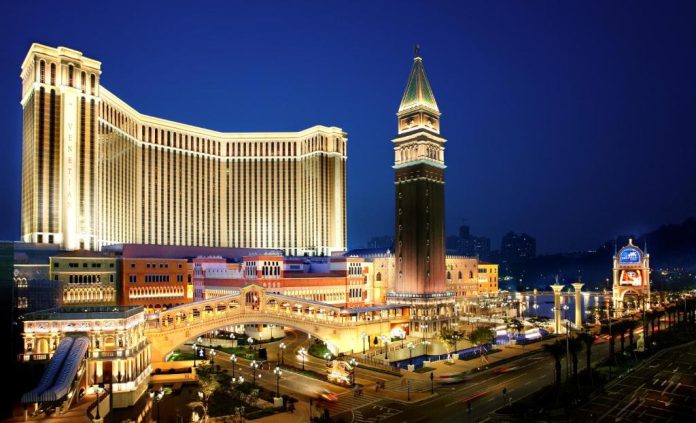 While online casino betting is becoming increasingly popular—just take a look at 22Bet online casino games NG—it may be difficult to match the real-world experience, especially at high-end casinos. Wish to find out whether you’re lucky or not? The good news is that there’s a growing number of spectacular casinos throughout the world that provide the greatest luxury and not only in Sin City. And while it’s true that the most sumptuous and affluent gambling destinations are Las Vegas and Monte Carlo, you might be surprised at other options in places like South Africa, Germany, and Macao. Take a gamble, pick the ultimate spot, and get ready to pack a deal or two at these gorgeous casinos around the world.

Prior to being world-renowned as the Monte Carlo of the Orient, Macao was a mere Portuguese colony. Now, it houses some of the finest casinos in the world, the most opulent one being The Venetian Macao. Not only is this luxurious casino the biggest in the world, but it’s also the sixth largest structure on earth. The facility, which includes a sporting events hall and a massive 550,000-square-foot gaming area, cost a whopping $2.4 billion to build. The Venetian Macao has the same quasi-Venetian design as its sister resort in Las Vegas, featuring reproductions of the lagoon city’s canals.

As Las Vegas’ most recognizable brand, Caesars Palace was founded more than half a century ago and grew into a luxury landmark that has weathered celebrity scandals. Its opulent suites and 166,000 square feet of gaming area have become synonymous with extravagance. The large spa comprises Roman baths, and the pools are surrounded by magnificent mosaics and classic architectural accents. All exteriors and interiors of Caesers are designed in the manner of Ancient Rome, which has been emulated by other Vegas venues since its beginning.

Hotel de Paris Monte-Carlo, which is associated with money, high rollers, and casinos, has only 99 rooms and a variety of Michelin-starred eateries—meaning, even if your wallet thins, your stomach will be filled by your stay here.  Fans of the silver screen would enjoy the fact that this hotel has been featured in films ranging from the Marvel Cinematic Universe to 007. Plus, what better place for car aficionados to spend a weekend in May than watching the world-famous Monaco Grand Prix during the day and throwing dice in the evening?

John Aspinall’s Clermont Club has been one of London’s most exclusive hideouts since the 1960s. Five dukes, five marquesses, more than 20 earls, and two cabinet ministers were among the inaugural members of the exclusive club. Nowadays, The Clermont Club takes a unique approach to the conventional—effortless and unobtrusive with unparalleled indulgence. It now forges a new route in gaming and hospitality by being redesigned to highlight the building’s best features while providing an amazing experience for the elite. The Clermont Club delivers the finest level of service and standards that one would expect from such a historic place where the most illustrious members of society have passed through.

Marina Bay Sands, which opened in 2010 is a $5.7 billion casino resort built by Moshe Safdie, an Israeli-born architect who trained with Louis I. Kahn. The building features 1,500 slot machines and 600 table games, as well as one of the world’s most magnificent Swarovski chandeliers. There are 500 gaming tables and thousands of slot machines, as well as a selection of elegant and opulent restaurants, enabling card sharks to try their luck. As part of the SkyPark, this coast side triple tower of luxury has a spectacular infinity pool atop its three structures. Formula 1 spectators use the sky-high vantage point of Marina Bay Sands to have an unrivaled view of the night race as the cars zoom by the hotel.

Care to indulge in luxury in paradise? Atlantis Paradise Island is where you need to head. Every single detail of this sophisticated casino is highly extravagant; the Atlantis concept is carried throughout the establishment. Attesting to that statement is the 30,000-pound crystal gate at the entryway, which is made up of 2,000 pieces of hand-blown glass. Guests staying here enjoy visiting the waterpark, dolphin habitat, and aquariums in addition to playing in their vast casino or sportsbook. Atlantis Paradise Island is surrounded by a stunning blue sea, which adds to the ambiance’s beauty.