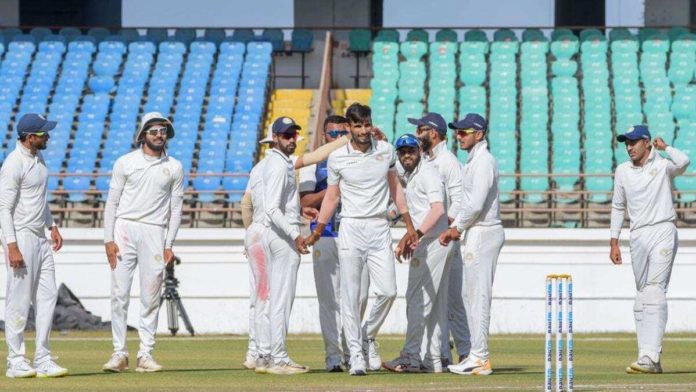 As the Coronavirus pandemic has affected the game of cricket at a large extent, various cricket boards have been scrambling around to rise to the challenge as they face a cash crunch and other problems with non-activity. As part of the project restart, the Board of Control for Cricket in India (BCCI) on Sunday issued the Standard Operating Procedures (SOP) to the state associations for the resumption of cricket.

The guidelines are meant for players, team coaches and other support staff, administrative staff, and the facility management-who will be required to follow safety protocols like testing and screening before the resumption of training. They are also required to fill in a consent form wherein players have to acknowledge a certain amount of risk involved during the procedures and abide by all the safety measures set up by the respective State Associations.

“The BCCI as the governing body for the sport of cricket in India is responsible for ensuring that appropriate protocols are put in place to protect the health and safety of players, staff and all stakeholders. Covid-19, an infectious disease primarily affecting the lungs, poses a serious threat to the health of individuals as is evident from its spread to almost all countries around the world with more than 17.5 million infections and over 0.6 million deaths as on 1st August 2020. As the world grapples with Covid-19, cricketing activity has come to a standstill and players confined to the four walls within their homes,” the SOP read.

Board of Control for Cricket in India (BCCI) issues guidelines for resumption of domestic cricket activities — Seek permission from the local administration and health authorities on resuming training & matches, CMO to be available to the team members for any medical needs. pic.twitter.com/0hBQCZFtbW

Whatmore, Lal set for a snub

One important point in the SOP for state associations bars 60-plus individuals from taking part in the training camp, potentially affecting Arun Lal and Australian Dav Whatmore, who are coaches of Bengal and Baroda respectively.

Whatmore, 66, was appointed in April while Lal, 65, guided Bengal to the Ranji Trophy final in March. A senior BCCI official confirmed that it will be difficult to breach the protocols and unfortunate that Lal and Whatmore will have to miss out.

“This is SOP. It will be very difficult for any teams to breach the protocols. It is unfortunate that someone like Lal Ji or Whatmore might have to miss out,” the official said.

In addition, ahead of the resumption of the training camps for all the domestic sides, the teams are required to appoint a Chief Medical Officer (CMO), who will be responsible for maintaining the bio-safety guidelines during the entire duration of camps and matches as well. Resumption of training will only happen after scrutiny and go-ahead of the local administration.

Ahead of the training camps, the medical team will have to obtain the medical history of the players and staff for the previous two weeks through an online questionnaire. Those suspected to have coronavirus-like symptoms will have to undergo PCR tests.

Legendary India batsman Rahul Dravid has suggested that the Indian domestic circuit will be at the receiving end this season, owing mainly to the Coronavirus Pandemic. The former India captain believes that the real impact of the pandemic will be felt in Indian domestic cricket around October.

“We’ve been lucky so far [that the pandemic started in March towards the end of BCCI’s domestic season], but come October, things might start getting stressful,” Dravid told the Deccan Herald.

“A few international tournaments have been cancelled and repositioned, and people can always find time and place for that, but once October comes around, that’s when I think it’ll start hitting us more. The next domestic season, for a lot of our young domestic players’ juniors, Under-16s, Under-19s, and women cricketers start in October.”

India has a robust domestic cricket system with tournaments in different formats like Ranji Trophy, Duleep Trophy, Syed Mushtaq Ali Trophy played around the year. This time around, there has been no clarity yet from the governing body about the commencement of these tournaments.

In 2019-20 season, a total number of 2036 games-across various age groups in men’s and women’s categories were played. In normal circumstances, the season would begin in August and run till the turn of the financial year. Since that possibility is out of the window, the BCCI is trying to come up with a curtailed format for the season. 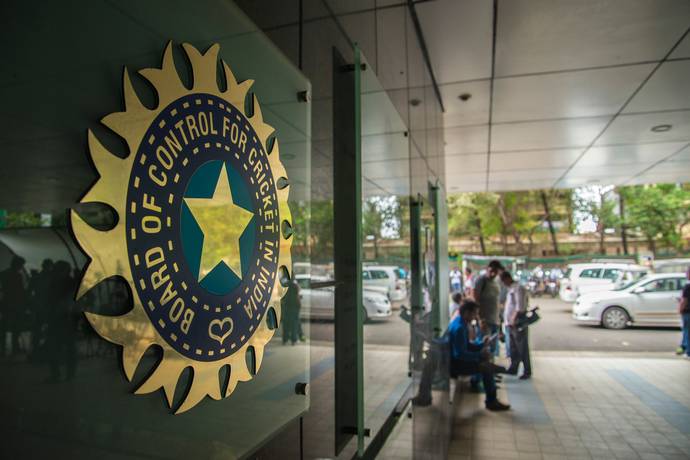 Key SOP pointers for players as per BCCI

* All players and support staff’s symptoms (if any) and body temperature should be checked every morning.
* Wearing masks (optional while training) and installing the Aarogya Setu app is mandatory, while the players and staff must carry and use personal hand sanitizer bottles.
* If a member develops any initial symptoms (cough, headache, chills, fever, body ache, difficulty breathing, loss of smell or taste or any other unusual symptoms) they should intimate the team medical personnel immediately and remain self-quarantined until help arrives.
* Training to be implemented following social distancing rules.
* All individual and team kit bags should be sanitized upon arrival and after every use.
* Sanitisation of cricket balls to be done after discussion with relevant authorities at BCCI headquarters.
*All members should arrive dressed and ready to train to minimise the use of the dressing room, washrooms and communal areas.

Is the BCCI sidestepping women’s cricket?