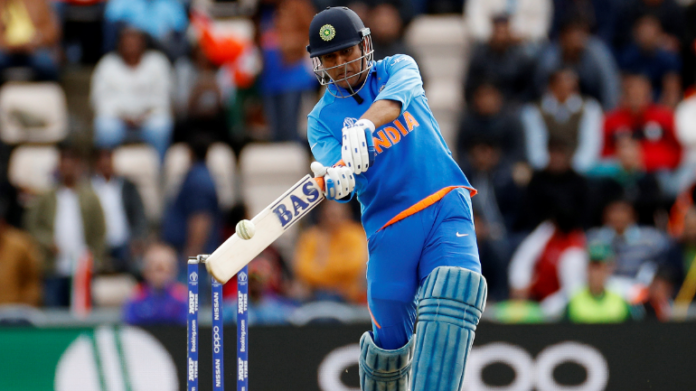 India has finally played their first World Cup encounter and has got their first points as well. With this match, India got a lot of positives. However, everything does not seem so positive for former skipper MS Dhoni. MS Dhoni violated the rules put down by the BCCI. As per the rules, the wives and family members of the players are only allowed to accompany the team for 15 days, and that too 21 days after the first match of India.

However, Dhoni’s wife Sakshi Dhoni was seen in the stands, cheering for the Indian team. She even took it to her Instagram account to share pictures of the ground while the match was underway. According to the rule, the family members will be allowed to be with the players only after the 26th of June.

What is interesting is that the presence of Sakshi Dhoni in England has caught eyes for the first time only after she posted pictures on her Instagram.

Here are the pictures she posted on her Instagram:

It was not only Dhoni’s wife who was in the stands. MS Dhoni’s daughter Ziva was also seen supporting and cheering for her father from the stands in Southampton.