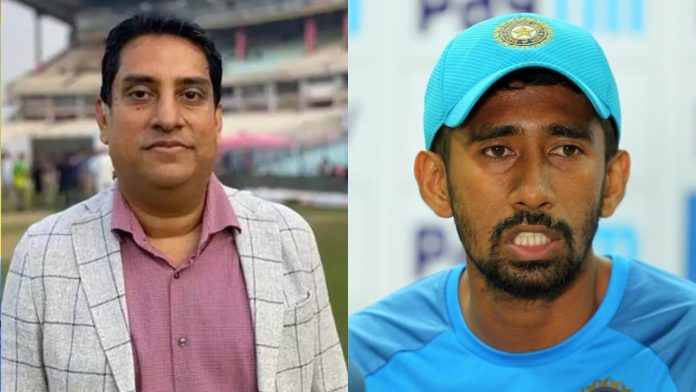 The Board of Control for Cricket in India(BCCI) recently officially announced on Wednesday that the senior journalist Boria Majumdar has been banned for 2 years after threatening and intimidating Indian batter Wriddhiman Saha. The veteran India wicket-keeper had alleged that he was intimidated by a journalist for not giving an interview. He revealed all the details to a BCCI committee probing the matter in March earlier this year. Now in the aftermath, a letter from the BCCI to its members with the subject “Sanctions against Mr. Boria Majumdar” is now surfacing on social media. 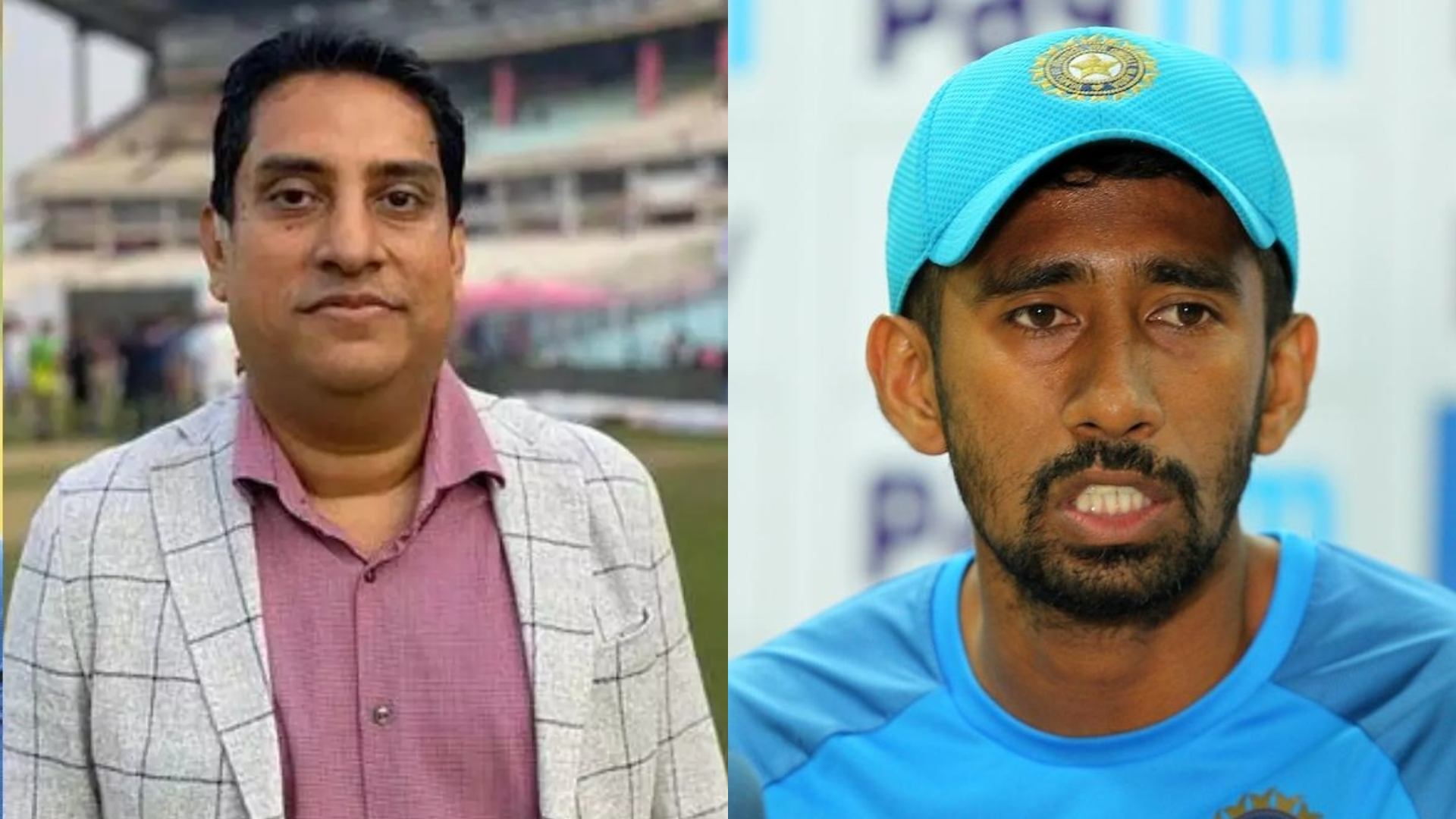 “As you may be aware, Mr. Wriddhiman Saha had shared screenshots of messages sent by a journalist on social media platform, Twitter, wherein he stated that he felt bullied by the conduct of the said journalist. Mr. Saha in the hearing named Mr. Boria Majumdar as the journalist. The Board of Control for Cricket in India had taken cognizance of this incident and deemed it necessary to investigate and probe the matter to avoid the recurrence of such instances with other players,” the letter read.

The letter further states that during the period of this two years, Majumdar won’t be given any media accreditation, neither will he be allowed to take interviews of registered Indian players nor will he have any access to any BCCI member or facilities. 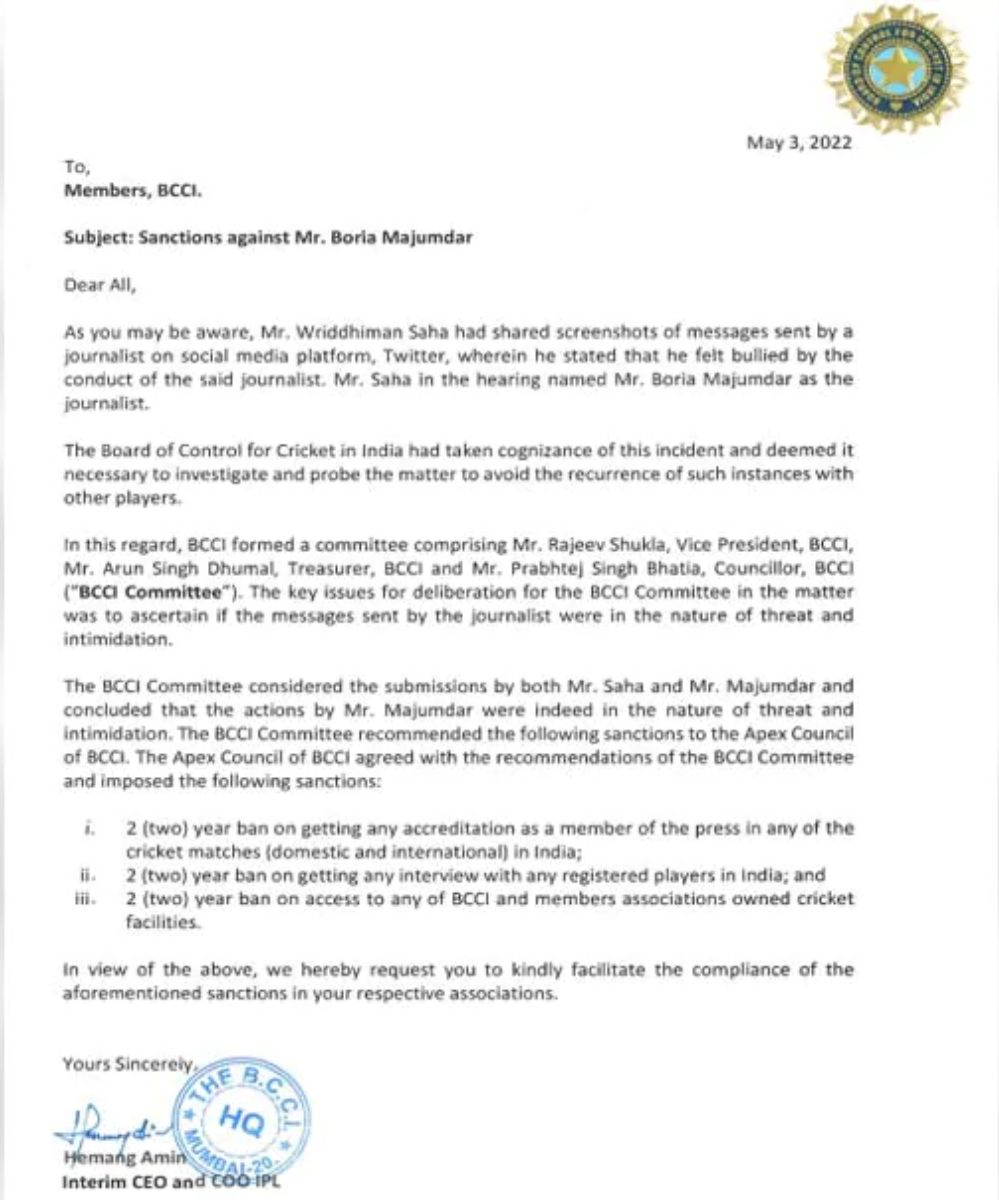 Previously, a three-member committee had met Saha in New Delhi to probe into the 37-year-old’s allegations against the previously unnamed journalist who happened to be Majumdar.

Saha, who is a centrally-contracted player, had posted a series of tweets on February 23 to make the charge, following which the apex body initiated a probe into the matter. It all began after the 37-year-old was ignored for the home series against Sri Lanka. Saha, in an outburst, revealed some classified dressing room conversations with head coach Rahul Dravid.