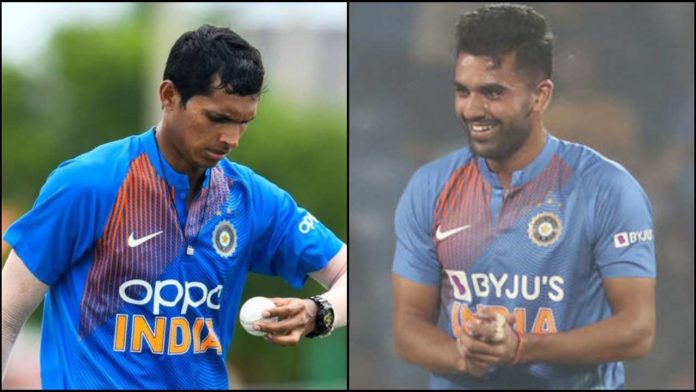 Deepak Chahar has been ruled out for the third and final ODI against the Windies after suffering from a back injury. The BCCI have named Navdeep Saini as the replacement for the fixture. 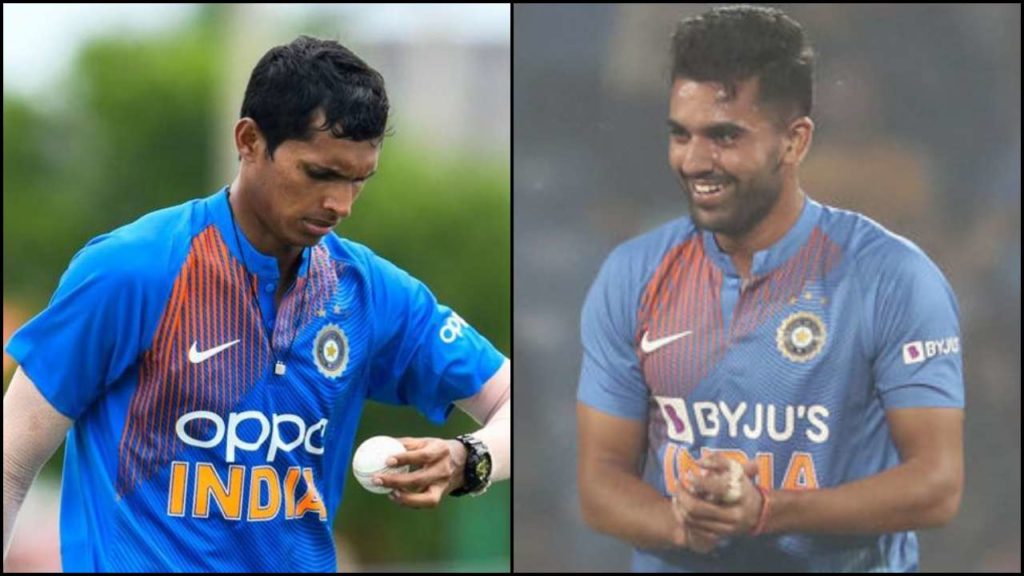 The pacer complained of pain in the lower back after the ODI in Vishakapatnam after which the medical team examined the 27-year-old. After the examination, a statement was provided.

“Deepak felt mild pain in his lower back following the second ODI played in [Visakhapatnam] on Wednesday. The BCCI medical team examined him and has suggested that the fast bowler needs some rest in order to fully recover, He has thus been ruled out of the final ODI.”

Navdeep Saini is currently playing for Delhi in the Ranji Trophy where he already made his mark with a five-wicket haul against Andhra Pradesh.

The 27-year-old lanky pacer made his debut for India earlier this year in the Caribbean where he made his mark immediately with a three-wicket haul in his debut fixture before following it up with a tidy performance in the final fixture in the 3-0 series win.

Injury crisis for India continues with Deepak Chahar joining the treatment table along with Bhuvneshwar Kumar and Shikhar Dhawan.

India head into Cuttack with the series leveled at 1-1. Virat Kohli asserted the need for sharp fielding in order to win the series. He stated:

“Catching has been disappointing. It is not the representation of the kind of standards that we set. It’s very important to maintain standards and live up to it. We are one of the best fielding sides in the world. Fielding is all about wanting the ball. As long as we are enjoying that, we will be right up there.”

Here’s the updated squad for the final ODI scheduled to be held in Cuttack on Sunday:

Cricket’s Thor: Richard Madley gives a glimpse into the world of IPL Auction.