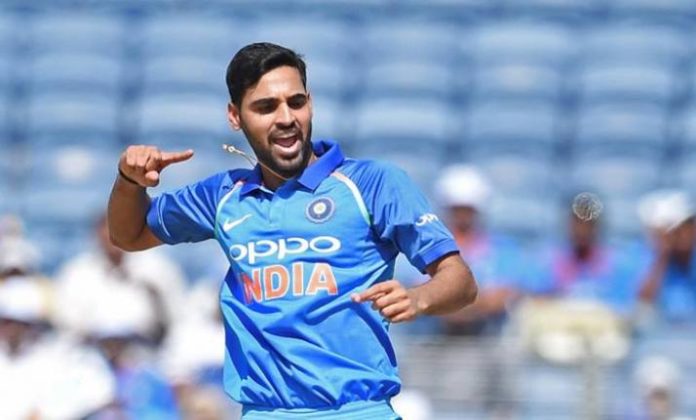 Bhuvneshwar Kumar who was the part of the Indian team for the T20 series against West Indies, has been ruled out owing an injury. Mumbai-pacer Shardul Thakur replaced the 29 year-old Kumar who is ruled out with a groin injury. The Meerut born pacer picked up the injury during the final T20 against West Indies, which India won to win the series 2-1. BCCI said that the pacer underwent scans and it was found that he was surfacing with Sportsperson Hernia, which is usually seen in sportsperson.

Injuries have kept the Indian pacers away from cricket since the World cup as both the main Indian pacers Bhuvneshwar Kumar and Jasprit Bumrah have been suffering injuries for some time now. 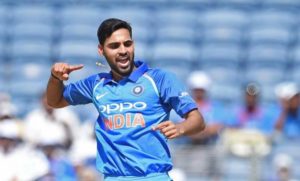 “The All-India Senior Selection Committee has named Shardul Thakur as replacement for the injured Bhuvneshwar Kumar for the upcoming Paytm ODI series against West Indies,” a BCCI statement said.

“Bhuvneshwar complained of pain in his right groin after the final T20I in Mumbai on Wednesday. He underwent an ultrasound scan conducted by a specialist and the BCCI medical team found that his sportsman’s hernia symptoms have resurfaced. A specialist opinion will now be sought, and his management plan will be decided accordingly.”

Shradul Thakur had a successful Syed Mushtaq Ali Trophy and due to his performance in the first-class season he got a call-up for the T20 series against Bangladesh, where he didn’t get a game, but warmed the benches. Shardul last played for India in September 2018 and was then ruled out due to an injury, he was also considered for the world cup but an injury during the Windies test series and IPL ruled him out of the contention.

India defeated West Indies by 2-1 in the T20 series and will be looking to register another ODI series win at home when they face the West Indies.

The first match of the ODI series will be played at the M.A. Chidambaram Stadium in Chennai on Sunday.