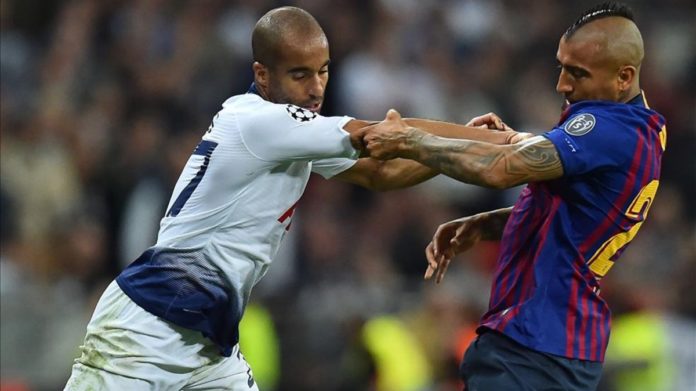 Barcelona were guests to Tottenham on wednesday which turned out to be a memorable European night as the Spanish giants won 4-2. However, the match was not memorable for Arturo Vidal as he believes he should have started the game instead of having to go in as  a substitute. The Chilean’s discontent was clear when he took to social media to post an angry emoji message. 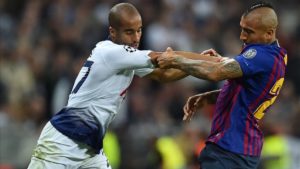 Vidal is yet to play a full 90 minutes for Ernesto Valverde’s side. Before the Spurs’ game , it was widely expected that the Chilean international would start the game in place of Ousmane Dembele as Barca would play a 4-4-2. Vidal even went on to tell people close to him that he would be starting in this epic clash. Expectations were short-lived when Arthur’s name was on team-sheet and not his.

To add to this , Vidal’s own knees are posing him a problem as he looks to return to full fitness. It is reported that the flamboyant midfielder has been clear in his expression of his current feelings to the management and staff.

“It would be more worrying if he didn’t mind, it’s logical that he is upset,” was one comment to come out of the dressing room.

The Catalan club are playing down this online incident and they are pleased with how the Chilean has done when given a chance on the pitch.