The club management of Barcelona are very much eager to sign both Antonie Griezmann and Neymar in this summer transfer window. The deal of Antonie Griezmann was almost confirmed after the end of previous season. The controversies started to begin when Neymar openly expresed his desire to join the Catalan Giants. 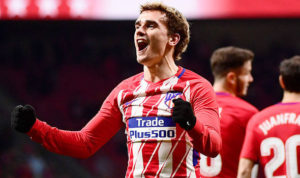 The speculations started to begin that the club management of Barcelona might opt to sell Antonie Griezmann directly to Paris Saint Germain to bring in Neymar Jr in their side. In this case the star French forward would have to join Paris Saint Germain from Barcelona directly without playing a single match for the Catalan Giants.

Valverde will not have any team management issue with so many star players in the team. Barcelona have to sell Phillipe Coutinho to Paris Saint Germain to bring in Neymar Jr in their side. They might have to sell Ivan Rakitic and Samuel Umtiti too to get the funds for these two star players.