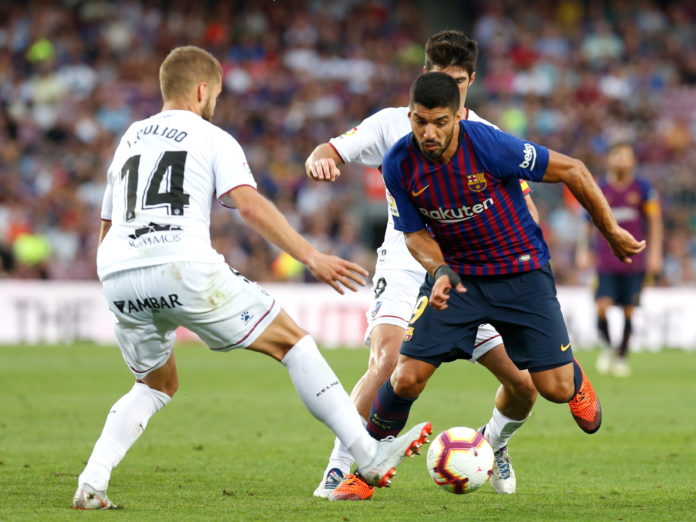 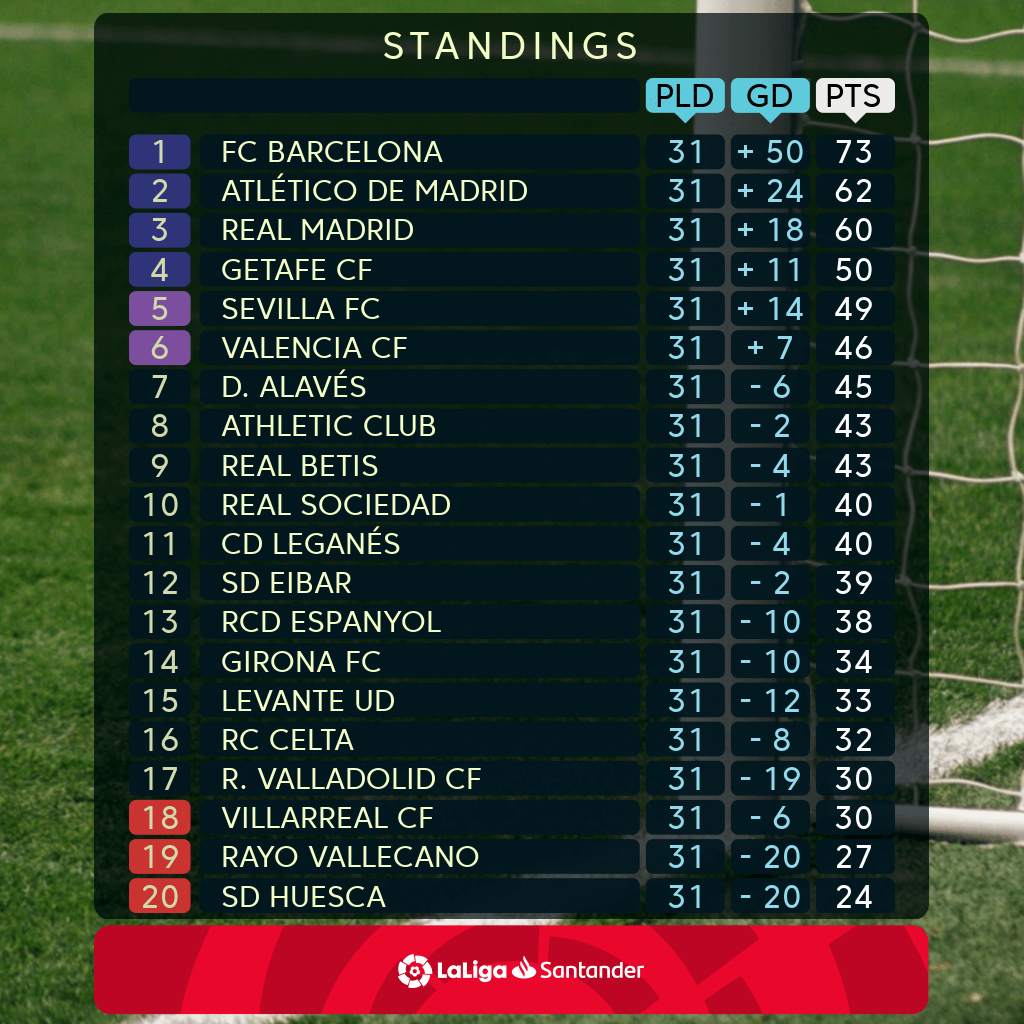 Barcelona aim to take another step towards the LaLiga title in a weekend packed with derby clashes in Seville, Valencia, Madrid and the Basque Country.

Barça’s 2-0 victory at home to Atletico de Madrid last week sent them 11 points clear atop the LaLiga Santander table with seven games remaining. Next up for Ernesto Valverde’s men is a trip to bottom club Huesca on Saturday night, with Lionel Messi and company closing in on an eighth title in 11 years.

Huesca have shown their battling qualities with 3-3 and 2-2 draws in their last two LaLiga fixtures and will be hoping for a first ever victory against a Barça team midway through a Champions League quarter-final against Manchester United.

Next up is a tasty clash between city rivals Sevilla and Real Betis at the Ramon Sanchez-Pizjuan. Both teams are well in the hunt to qualify for UEFA competition next season, while Sevilla want revenge for losing 1-0 to a late Joaquin Sanchez goal in the reverse fixture of what is known as ‘El Gran Derbi’ – ‘the big derby.’

There will also be Espanyol hosting Alaves at the RCDE Stadium. Both teams have had positive 2018/19 campaigns so far, with the visitors still harbouring hopes of European football next season.

Sunday afternoon will see fourth placed Getafe at 17th placed Real Valladolid. Los Blanquivioletas have been unfortunate lately so really need the boost of a win to stave off the drop, whileLos Azulones have their eyes firmly fixed on a historic Champions League spot.

There’s a similar mix of concerns at San Mames in Bilbao on Sunday evening, with eighth-placed Athletic Club still aiming for a Europa League spot despite a defeat at Getafe last weekend, and Rayo Vallecano, 19th, hoping last week’s victory over Valencia can be the catalyst for a late climb to safety.

The action then moves along the Basque coast to San Sebastian and Anoeta, as neighbours Real Sociedad and Eibar battle for local pride with an extra edge as they go into the game separated by just one point in the middle of the LaLiga Santander table.

Next it is over to Catalonia where things should be tense as a Girona team with increasing relegation worries after three straight LaLiga defeats host a Villarreal side stuck in 18th position after frustratingly picking up just one point from their last three outings.

There is yet another derbi at Mestalla as Valencia host city rivals Levante in another of LaLiga’s most historic fixtures. The added element here is that the home side are aiming to continue their climb towards the top four, while a worrying run of results has seen Levante slide to 15th place.

The weekend concludes in the Spanish capital’s southern suburbs where Leganes will be aiming to top an excellent recent run with a first ever LaLiga victory against giant neighbours Real Madrid, who are already looking towards 2019/20 under recently returned coach Zinedine Zidane.