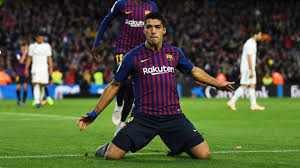 Luis Suarez has had an eventful 5 years for Barcelona. However , the prolific striker’s time seems to be up at Catalonia. 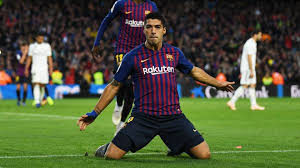 Speaking in an interview with Radio Sport 890 (via Marca), the Uruguyan said, “Of course Barcelona need a No.9, as I’m 31 years old.”

“Barcelona have to think as a club about their future, and players obviously have to keep coming in. We’re in Barcelona, every day there are many names that are going to be linked,” said the striker.

The first player to be scouted by Barcelona is Polish striker Krzysztof Piatek, who has scored nine goals in 10 Serie A games for Genoa so far this season.

The second option is on fire Spanish striker Paco Alcacer, who is on loan from Barcelona at Borussia Dortmund at the moment. Alcacer has scored seven goals in four Bundesliga appearances so far and three goals in two games for his national side.

The third player to be scouted by the Catalan side is 23-year-old Nicolas Pepe, who has bagged seven goals and seven assists for Lille OSC so far this campaign.

Luis Suarez has netted 158 goals in 212 official appearances for Barcelona, his most recent being his El Clasico hattrick against Real Madrid on Sunday.