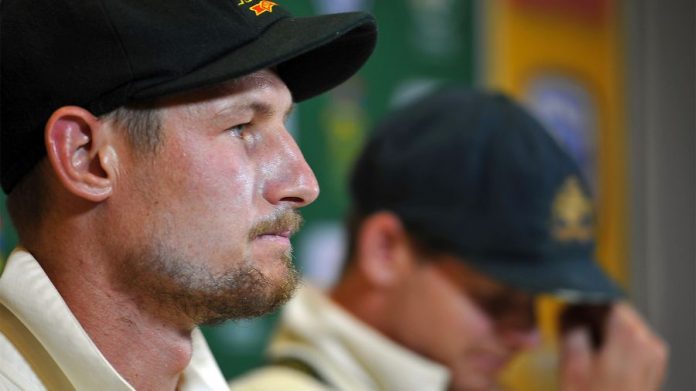 Little over three years to the infamous ‘Sandpapergate’ controversy, and we are still talking about it extensively.

The incident not only forced Australia to send their main players home in the middle of a Test series but also ban their captain and vice-captain for a year. What happened in Cape Town put the Aussies to shame, and also sent shockwaves around the world with the Australians’ act of shame at the center of it.

Why it has come to the fore again, one might ask. That Cricket Australia (CA) on Sunday said anyone with new evidence related to the Cape Town saga should present their information to the governing body. The protagonist of the act, former Test opener Cameron Bancroft has reignited discussion about the scandal, saying Australia’s bowlers’ knowledge of the sandpaper plot is “self-explanatory”.

It so happened that during a recent interview, Bancroft said that he is ‘responsible’ as well as ‘accountable’ for his own actions and at the same time, also mentioned that the bowlers apart from the captain and vice-captain were also aware of the situation.

Steve Smith, Cameron Bancroft, and David Warner faced the brunt of the world for their ‘cheating’ tactics on Day 3 of the Cape Town Test against South Africa. On the day, Bancroft – the youngest of the three, was seen rubbing the ball with something yellow in his hand after lunch in order to polish the red cherry. TV cameras caught Bancroft in the middle of the act and when he saw himself on the screen, he according to his own confession panicked and he looked to hide the object in front of his trousers.

Cricket Australia says it welcomes any "new information" about the sandpaper ball-tampering scandal, after batsman Cameron Bancroft suggested some bowlers were aware of the plot.

Let us just give this a twist. Why do bowlers tamper with the ball? To give them an advantage over the batsman, by making the ball more conducive to swing and seam.
As the game has progressed, more and more bowlers rely on innovation and their own skills than receiving any assistance from the balls while modern-day bats make the batsmen ever more dangerous.

The harsh ground reality is, cricket is a batsman’s game as of today. There are no two ways about it. Over the years, the game has evolved in a number of ways and most of them have been advantageous for batsmen. Pitches have become flatter, grounds have become smaller and bats have become thicker. The game seems to be stacked against bowlers, and recent developments suggest that it’s only going to get tougher for them. And now, owing to the pandemic, the fast bowlers seem set to be pegged further back, as they are prohibit of using saliva to shine the ball.

While this decision is justified, it also brings with it yet another advantage for batsmen, taking away all the brow

Although it is unjustifiable to back the plot to tamper with the ball, if one considers cricket to be a game of equals-then bowlers should get as much leniency as the batsmen do.
Former Australia bowling coach David Saker, who was in charge of the team during the ball-tampering scandal, has said the finger-pointing from the infamous incident in the Newlands Test is not going to stop anytime soon.

But one thing for sure, the debate will evaporate but cricket’s lawmakers need to ensure that the game is evenly poised and the bowlers get as much worth as the batsmen in their rulebook.

Issues like ball-tampering have always been one of the biggest taboos in the game of cricket. It’s time to look at it as a solution, not a problem.