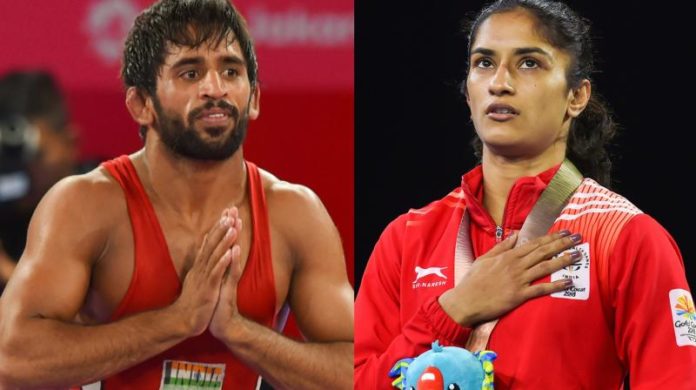 World No. 1 wrestler Bajrang Punia and Asian Games champion Vinesh Phogat took to Twitter to slam the Haryana government over their change in policy for felicitating sportspersons. The government recently canceled a ceremony where over 3000 athletes were about to be honored and decided to directly transfer the money in their bank accounts.

However, when they received money in their bank accounts, they saw a significant reduction in the prize money. It seems like they have rolled out a new policy wherein the athletes would get the full amount for only one medal in a financial year. If they win more than a medal, only 50% of the lower amounts will be transferred.

In an exclusive interview with Times Now, Haryana’s Sports Minister Anil Vij has cited the whole thing as a necessary ‘policy change.’

“The prizes have been given in accordance with the sports policy. We have clearly mentioned in the citation that if any player finds any discrepancy in the prize-money, he/she can approach us: Anil Vij, Haryana Sports Minister.”

The athletes are of the stance that not giving the full prize money means the government has failed to fulfill their promises towards sportsperson.