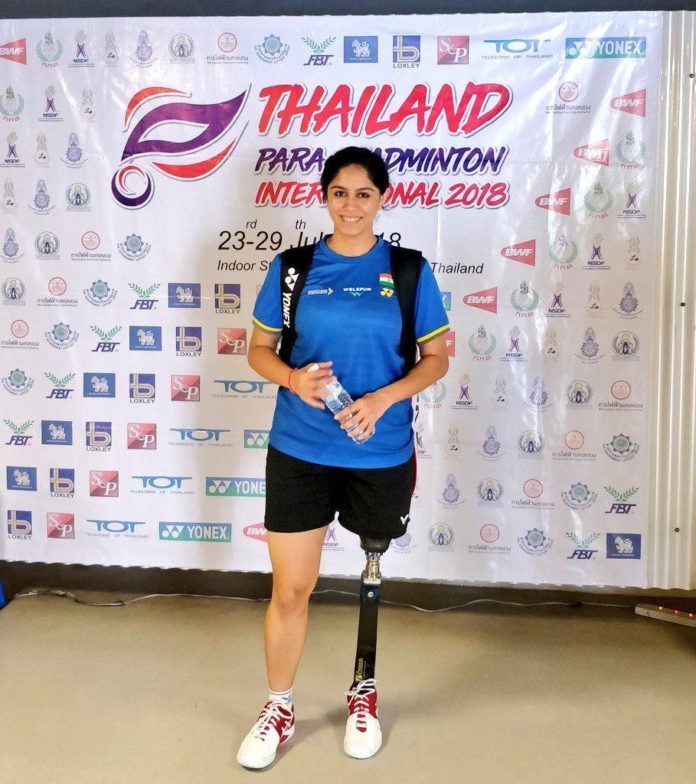 India’s Manasi Joshi,29 has won the Bronze medal in women’s singles at Thailand Para-Badminton International 2018. In women’s singles SL3 section, Manasi Girishchandra Joshi lost in the semi-finals and had to settle for the bronze.

She won a Bronze and made her country proud, but the road to the top wasn’t easy for her, she had to suffer such setbacks in life that a normal person would have lost hope. It was only Manasi’s sheer determination and grit that led her to this historic moment. 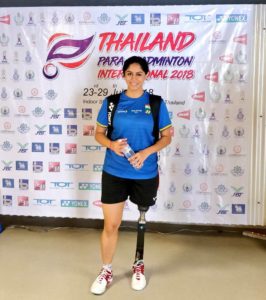 Manasi used to play badminton since her childhood, so even after her disability, she continued playing the Sport. Joshi got herself a prosthetic leg from a rehabilitation clinic in Mumbai and began competing in various badminton tournaments, representing the country since 2015.

Since then she has won a silver medal in mixed doubles in the 2015 World Championships, bronze in 2016 women’s singles, 2017 World championship bronze and a gold in a Spanish international event and now another Bronze in Thailand.

Despite her disabilities, the passion she displays while playing badminton is nothing short of phenomenal and we hope that she continues bringing laurel to our great country and make every countryman proud.