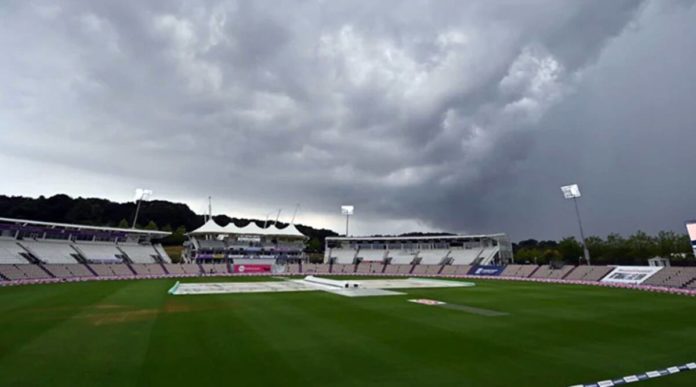 The justifiable furore over bad-light parameters in cricket rulebooks and lack of action it causes has been all over the news over the last week or so.

The second Test between England and Pakistan saw spells or shower and bad light, despite shimmering floodlights-which reduced the match to just 134 overs send down across five days. England skipper Joe Root’s run of six consecutive Test wins as a captain was ended by crickets oldest enemy: a combination of rain and bad light.

The overcast conditions forced umpires to enforce the bad-light rule throughout the match on the English south coast, which at times left heads being scratched in frustration.

In the given circumstances, just think about all the hard work, money and sacrifice that has gone into staging live cricket action. The archaic lawmakers at the helm of the ICC certainly need an introspection in these gloomy times.

The issue of bad light is an ancient controversy. The central problem is that ‘bad light’ is a subjective perception that the World governing body has tried to make an objective with the use of light meters. Floodlit grounds are a help, but admittedly-the red ball is harder to spot under lights.

Since the rule tweaks in 2010, bad light has come under the absolute prudence of the umpires. If the umpires feel the light is deteriorating, they’ll use a light meter to measure the ambience brightness. Depending on the readings, they’ll stop the play or let the game continue-however-the reference point is always the first reading.

In 2013, the ICC member boards rejected the governing body’s proposal of using floodlights to continue a Test match in case of fading natural light-citing the safety of the on-field players.

Meanwhile, the widespread reports suggest that the England and Wales Cricket Board (ECB) may opt to follow the other countries by opting for earlier start times in matches affected by bad light, rather than sticking to the rigid 11 am starts.

The crux of the matter is, it is a common phenomenon that Test cricket is dying. Rather than reviving it, the authorities are repeatedly shooting themselves in the foot like never before. The only bright thing to come out of Southampton could be that there would be widespread scrutiny of the medieval protocols, which needs an overhaul.

🌧️ A frustrating day at the Ageas Bowl, with rain and bad light meaning only 40.2 overs were played!

📺 Catch up on all the best bits in our round-up of Day 2…https://t.co/P4jutToFUi#ENGvPAK #RaiseTheBat

Following the shortest Test match for more than three decades, the International Cricket Council (ICC) has to act promptly and bring about the changes in the rules with some common sense.

Among the other options likely to be considered by the cricket committee will be the use of a pink ball a decision which might affect the colour of the sight screens in operation, and whether it will impact the integrity of the game to change the ball.

The change could be drastic but is the need of the hour. The pink ball is likely to ensure fewer stoppages, given it’s better visibility under overcast conditions.

Former Australian spinner Shane Warne has echoed the sentiments of the introduction of pink ball in Test cricket.

“I think pink balls should be used. It’s not just here in England where we have trouble with bad light. If we lower the light level for what is deemed dangerous and use a pink ball when the lights come on it is a lot easier to see. If that means a pink ball in bright sunshine during the day you can still see the ball easier,” Warne opined.

The days of red-ball cricket are numbered and for the ICC, it is about time to shed its image of ‘sitting on the fence’.

“We at the ICC are open to such ideas and the ICC Cricket Committee may discuss the issue in their next meeting,” said one of the ICC sources.

The cricket authorities in England spent heavily to ensure the return of the sport in the wake of Covid-19. As well arranging for charter flights for the incoming players, they have met the costs of creating bio-secure bubbles to mitigate safety concerns for West Indies and Pakistan players. The little they could do is let the common-sense prevail and allow cricket to continue without the uncalled interruptions.

Cricket has always been a sport at the mercy of the weather! However, it is up to its lawmakers to mend ways and allow play around it. The wagers for upcoming England vs Pakistan match can be placed here.

Dream11’s journey to the big league