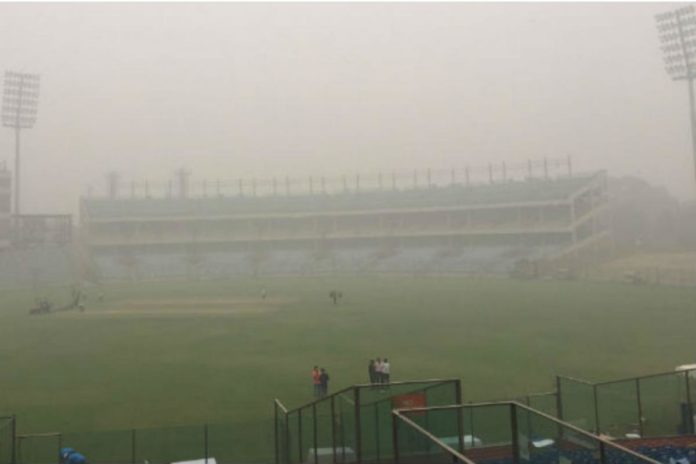 Poor air quality could see the Indian team miss their crucial outdoor training sessions at the Arun Jaitley Stadium before the opening game of the T20I series against Bangladesh. The national capital has always been in controversy due to the air pollution post Diwali and it looks like the Men in Blues will spend more time at the gym before Sunday’s game. Team India, who have two training sessions planned are scheduled to arrive in New Delhi on October 31.

A source close to the board confirmed that the afternoon sessions on November 1 and 2 could turn into optional sessions, but a final decision will be made after taking a look at the weather on Friday.

“The match shouldn’t be a major problem as it is a night match, but the issue is the training (set for the mornings) and you could see optional training sessions on both the days if the weather doesn’t improve. This isn’t a fresh season and the players have already been playing so some gym sessions should be enough to get them up and running after the Diwali break. But again, all that depends on the weather conditions” he said.

“We have been keeping a check on the weather forecast and while the sun didn’t come out on Tuesday, it is showing sunny on Friday, so in that case, training shouldn’t be a problem. Once the sun comes out, things will hopefully be sorted and in that scenario, we will have full training sessions,” he further mentioned.

Questions were raised after Delhi’s air quality turned ‘severe’ during Diwali and many even asked whether the BCCI would change the venue for the opening game. However, a senior board functionary denied those queries and confirmed that there would be no change in the fixture.